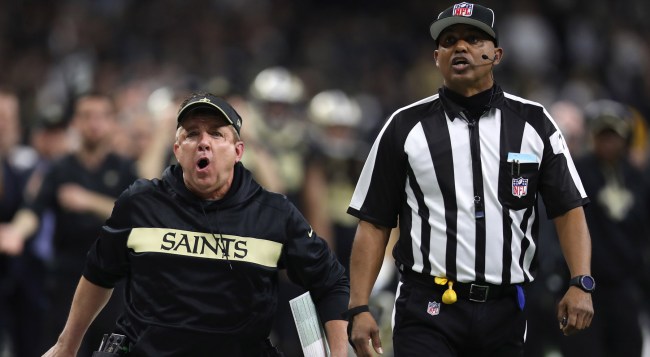 Well, that certainly didn’t take very long. Billboards will read “Saints Got Robbed” and “NFL Bleaux It” are already up in downtown Atlanta ahead of Super Bowl LIII.

Matt Bowers, the owner of several car dealerships in and around New Orleans, purchased the billboards in Atlanta, including one right outside Mercedes-Benz Stadium.

He says all of the billboards will remain up until Super Bowl Sunday, and if people don’t like it, T.S. for them.

“I have thousands of people hating on me. But not giving a single you-know-what,” Bowers wrote on Facebook. “I’m not over this yet.”

“I’m just angry,” Bowers told WWL-TV. “I thought about it last night and this morning on the way to work. I did what anybody from New Orleans would do if they were able.”

Well, maybe not anybody… but I feel you, Matt. I really do.

“I wish I could do more,” Bowers wrote on Facebook.

Bowers isn’t the first New Orleans citizen to show his displeasure with the NFL and its referees on a publicly-displayed sign, however.

Almost immediately after the NFC Championship, this appeared on the Pontchartrain Causeway in The Big Easy.

THIS JUST IN: On the Pontchartrain Causeway… pic.twitter.com/32LNrYw28b

This comic from Walt Handelsman also says it all! pic.twitter.com/KW0Lq8cPq6