Saints Will Start Taysom Hill vs. Falcons On Sunday, Not Jameis Winston 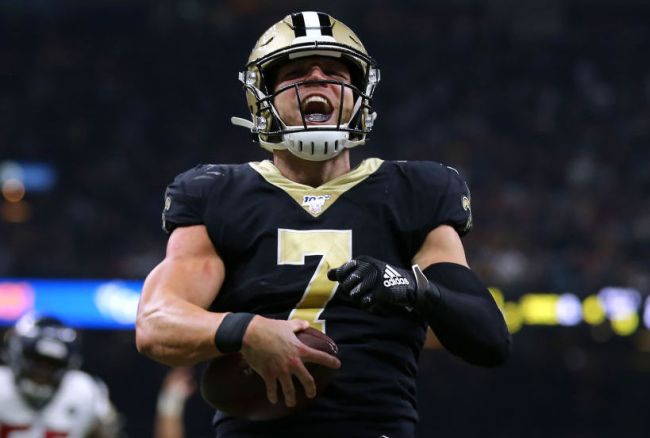 Drew Brees played in part of the New Orleans Saints win over the San Francisco 49ers last week but left the game due to injuries after taking a brutal hit. It was later reported that Brees had fractured ribs and a collapsed lung therefore could miss a significant amount of time.

Jameis Winston took the majority of the snaps for New Orleans after Brees left the game and many assumed that he would step into the starting QB spot this week with the Saints set to host the Falcons. That apparently won’t be the case, however, as Adam Schefter has reported that Taysom Hill will get the start against Atlanta.

Saints’ QB Taysom Hill will start Sunday vs. the Falcons, per source. Hill took all the starter reps at practice this week. Jameis Winston will be the backup.

Hill is a dynamic playmaker doing most of his damage on the ground. He’s appeared in every game for the Saints this season but has thrown the ball just five times. He’s averaging 5.5 yards per carry and has one touchdown to his name for the year. Winston is 7-for-11 through the air this season having appeared in two games.

Steven Ruiz of For The Win made an interesting note when the news broke about Winston not getting the start suggesting that it could have something to do with the incentives built into his contract. It would be shocking to not see Winston get at least a few snaps on Sunday, but we’ll see how things work out.

Jameis has 1.8 million in playing time incentives in his contract. For a team that is up against a shrinking cap, the decision to start Taysom Hill could be a financial one.