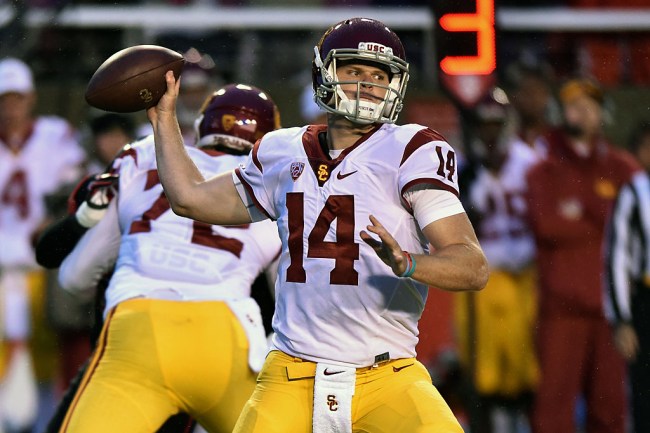 To say the Cleveland Browns are bad at football would be the ultimate understatement. The most miserable franchise in sports has lost 26 of their last 27 games and became the laughing stock of the league yet again this week after managing to screw up trades involving Jimmy Garopollo and AJ McCarron in an incredibly impressive display of incompetence.

The Browns are currently whatever the opposite of undefeated is and appear to be well on their way to securing the number one pick in next year’s NFL Draft for the second straight year. If history is any indication, they’ll probably draft a quarterback who will fail to live up to expectations, continuing a vicious cycle of terribleness.

By most accounts, Sam Darnold is one of the best quarterbacks in the country and is expected to declare for the draft after the season ends. However, NFL Network’s Albert Breer reports Darnold might remain at USC if the Browns do end up with the top pick in order to avoid falling victim to the curse of the quarterback position.

Of course, there’s a good chance the Browns continue to be the laughing stock of the league over the next couple of years, which means Darnold could still find himself in a living nightmare if he continues to perform as well as he has. I wish him the best of luck in avoiding a fate no one deserves.