Sam Darnold Says The 2-7 NY Jets ‘Still Have A Chance At Making The Playoffs’, Gets Immediately Mocked By The Internet 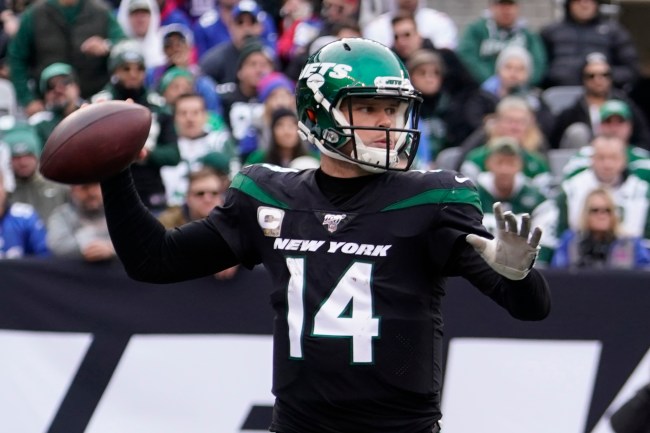 The New York Jets won their second game of the season after beating out the 2-8 New York Giants on Sunday 34-27.

Jets WIN!! In the battle of New York, your Jets take down the Giants 34-27 behind the arm of Sam Darnold and a gutsy performance from the defense! pic.twitter.com/bti5odKKHc

After the game, Sam Darnold spoke to the media and said he was still confident the team could make a run at the playoffs.

"We still have a chance at the playoffs" – Sam Darnold pic.twitter.com/IGrfLVvILt

“We need every win, from now on,””‘Cause we still got a chance. If we get on a roll here, we win out, we got a chance at the playoffs. Guys in this locker room know this, they know that.”

"We still have a chance at the playoffs" – Sam Darnold pic.twitter.com/IGrfLVvILt

Darnold was immediately roasted on Twitter over his playoffs quote.

Jets win a game, move to 2-7, and Darnold talks playoffs? This dude needs to be put in the concussion protocol ASAP! https://t.co/ay8ux9nqac