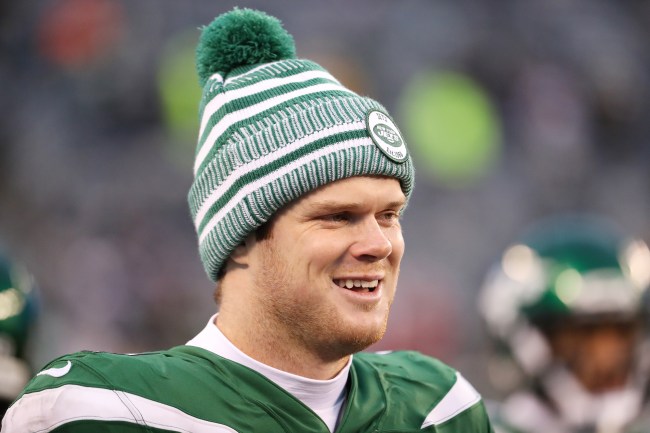 It looks like Sam Darnold is following in Joe Namath’s footsteps.

On Sunday, Darnold had himself another solid game where he completed 20/29 passes with 3 touchdowns and 315 yards while beating down the Oakland Raiders 34-3.

It’s obvious who is playing better these days. pic.twitter.com/N9EzGmjmNp

After the game Darnold celebrated his big win by going out with his teammates, getting wasted and hooking up with a random girl at NYC bar.

We’re told that Bounce Sporting Club in the Flatiron District hosted Darnold and his teammates after they walloped the Oakland Raiders 34-3 at MetLife Stadium.

“They were celebrating like they’d just won the Super Bowl,” said a spy on the scene. “Sam Darnold was wasted, hooking up with some girl. The other guys on the team had to [look after] him.”

“[There was] a limo driving him and the players around all night,” added the source.

According to the report, Darnold bounced early but doesn’t specify if he left with the girl or not.

We’re told Darnold ducked out at about 12:30 a.m. Monday, but the rest of the team partied on.

Jets Jamal Adams, Trumaine Johnson, Darryl Roberts, Brian Poole and Marcus Maye were among the revelers. We’re told they were also having an early celebration for Roberts’ birthday — he turns 29 on Tuesday.

“Bounce is a second home to a lot of the guys,” said an insider.