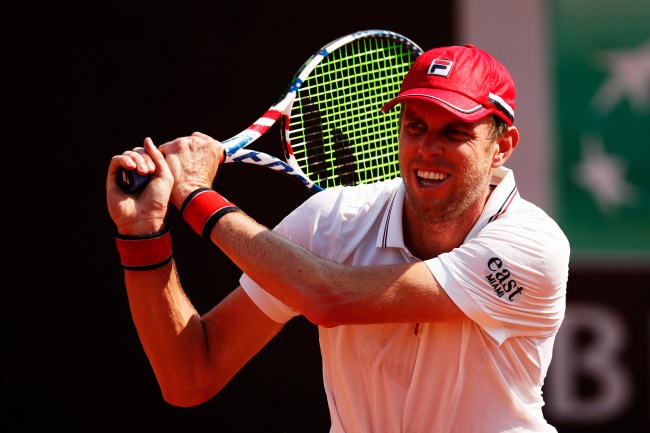 Sam Querrey, an American tennis player with a British name, went full Catch Me If You Can to escape the Russian healthcare system after he, his wife, and his eight-month-old son tested positive for COVID while in Russia for the St. Petersburg Open.

According to Ben Rothenberg of the New York Times, the 49th-ranked Querrey was slated to face second-seeded Denis Shapovalov in the first round of the main draw before testing positive.

The three Querreys were instructed to quarantine for 14 days at their hotel in St. Petersburg.

As the St. Petersburg Four Seasons is famous across the tour for being fancy as all heck, this was something the Querrey family was purportedly very ready to obligingly do.

Querrey and his family welcomed a two-week vacation in the luxe Four Seasons, but his fate changed when he received an unexpected call from someone with the Russian health authorities who said that the family would be visited by a doctor, and if they were found to have symptoms they could be forced to be hospitalized, and subsequently separated.

Russian authorities reportedly prepared the Querrey family to move into “premium-class apartments,” but Sam refused to open door to the doctor while conjuring up an escape plan.

Sam then reportedly arranged for a private jet to shuttle him and his family out of the country that two months ago claimed to have developed the first coronavirus vaccine, despite not having conducted Phase 3 field studies in tens of thousands of people to ensure that the vaccine is safe and effective, nor publishing any data.

The Querrey’s were then whisked away to an unknown nearby European country which doesn’t require a negative test for entry. They are allegedly shacking up in an AirBNB.

The Association of Tennis Professionals caught wind of Querrey’s move to violate its health protocals and called it a “serious breach” and said “we are taking this matter extremely seriously and an investigation is underway.”

If the ATP deem Sam Querrey's protocol breach a major offense and possibly injurious to the tour, which is what their email implies, he could be fined up to $100k and/or suspended from the ATP for a period of up to three years. pic.twitter.com/gu87csR1iW