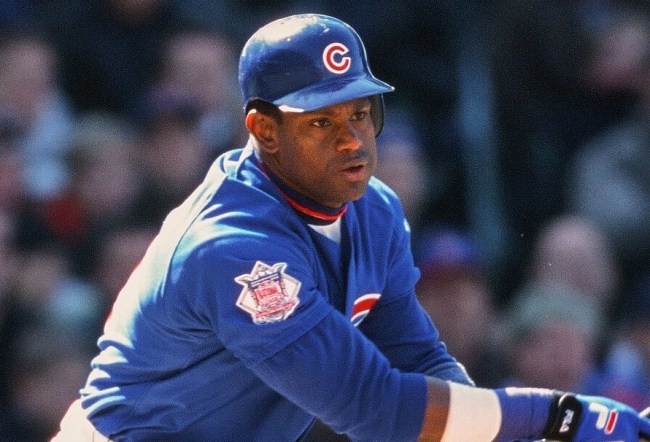 ESPN is doing everything it can to ride the wave of The Last Dance, and on Sunday, it aired its latest 30 for 30 documentary in the form of Long Gone Summer, which chronicled the 1998 race between Sammy Sosa and Mark McGwire as they both attempted to break Major League Baseball’s single-season home run record.

By the end of that season, Sosa was boasting a grand total of 66 dingers compared to McGwire’s 70 and Big Mac’s final tally would stand until Barry Bonds smashed it in 2001 with 73—a number that’s unlikely to be topped unless the league starts turning a blind eye to steroids again.

Sosa’s public persona made him seem like a pretty happy-go-lucky guy and one who was easy to root for, but based on what one of his former teammates had to say on Monday, that’s anything but the case.

According to The New York Post, Turk Wendell, a former MLB pitcher who played with Sosa on the Cubs from 1993 to 1997, decided to stir the pot with some negative comments about the slugger and he didn’t mince words when he dubbed him “one of the worst teammates ever.”

While he admitted Sosa wasn’t necessarily a bad guy, he said it was impossible to overlook his selfish attitude, sharing, “He only cared about himself [and] hitting home runs. He didn’t care if we lost 20-1. If he hit a home run, he was happy. Sammy was just kind of all about Sammy.”

Wendell also criticized Sosa’s alleged steroid use, and while he said he never personally saw him take PEDs, it’s very clear he’s in the “guilty until proven innocent” camp based on his thoughts concerning his former teammate’s stats toward the twilight of his career:

“It’s sad because he was talented. We did see his true athletic ability after they started testing for steroids, he went from 60 home runs to I think 12 or 14 with Baltimore and then he was out of the game.”

I’m no baseball analyst but I decided to take a quick look at what both Wendell and Sosa contributed on the field during their five years together in uniform. Over the span, Wendell posted an 11-14 record and a 4.41 ERA—a stat line that is, um, certainly a stat line—while Sosa hit 170 home runs and 501 RBI.