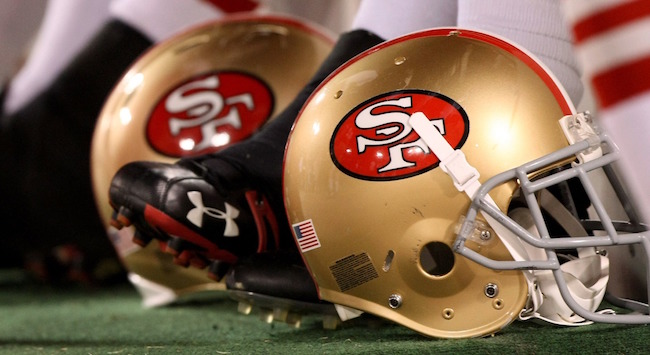 It’s been a couple of months since football season kicked off and the San Francisco 49ers are currently whatever the opposite of “undefeated” is. I’m sure the Browns are glad to have some company in the dark basement they perpetually dwell in.

The 49ers have lost the last 21 of their 22 games, which I credit at least in part to the Curse of Jim Harbaugh— the team hasn’t had a winning season since they parted ways with the Khaki King.  The only thing they really have to play for is the number one pick in the draft, so any fans who haven’t given up on the season already should probably get ready to board the express train to Tank City.

If you need more proof that the franchise has lost it way, you don’t have to look any further than a recent survey that was sent out to its supporters that asked a question that shouldn’t have to be asked:

I'm a lifelong @49ers fan and that doesn't change when they are 0-7, but this survey they just sent me hurts. "So, if we lose, do you care?" pic.twitter.com/UshqrhLhcZ

I’m not even sure what the point of this survey is— it’s not like the team is going to adjust its gameplan based on the results. Allen from PR isn’t going to waltz into the locker room with a clipboard and let the team know they don’t have to try as hard because fans don’t really care if they come home with the W. This just seems like a waste of everyone’s time.