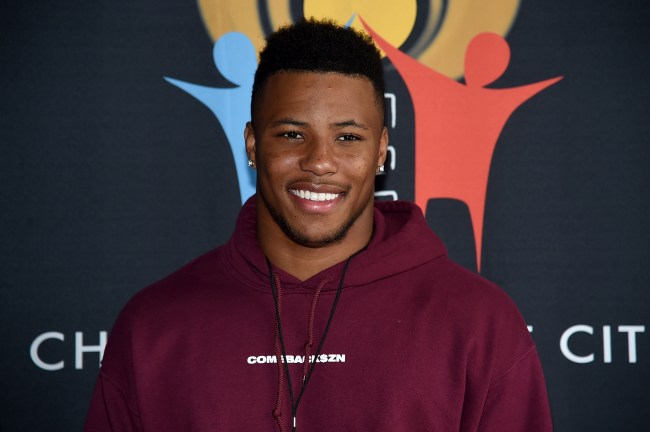 When the New York Giants drafted Saquon Barkley #2 overall in the 2018 NFL Draft they instantly made him one of the NFL’s highest-paid running backs. The former Penn State RB who was born in The Bronx signed a 4-year contract with the Giants that’s estimated to be worth a total of $31.2 million, making it the second largest contract for a running back ever (behind only Adrian Peterson).

Of that $31.2 million, Saquon Barkley received a massive $20.8 million chunk as his signing bonus and that means the young man instantly had tens of millions in the bank. So what’s he been doing with that money? Yesterday, Saquon made good on a childhood promise to his parents that he’d buy them a house one day:

Something I promised my parents, ever since I was a young kid. Finally be able to achieve that goal is the most amazing feeling. Every kid out there that has a dream continue to keep your… https://t.co/xrFCBgOZ5i

This Spring, Saquon told Landof10 that his first big purchase after the NFL Draft was going to be a house for his mom and he made good on that, and hot damn that has to feel good for the young running back. Being able to pay it back to the mom who drove him to games, washed his sweaty ass clothes for all those years, and stood by him every way as his biggest cheerleader. To be able to hand her the keys to a new home has to feel amazing.