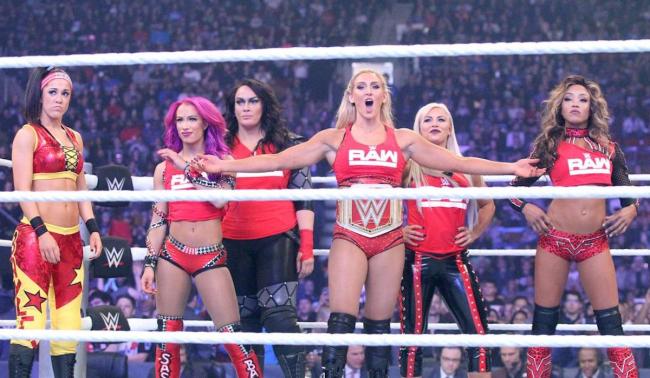 The origin stories for wrestling names and nicknames are always fascinating.

Steve Austin got his nickname after his wife told him that his tea was getting “stone cold.” Kevin Steen became Kevin Owens after taking his son’s name as his last name and his son was named after Owen Hart. Phil Brooks adopted the name CM Punk after being in a tag team called “The Chick Magnets.”

Current WWE Smackdown Women’s Champion, Sasha Banks, got her name from putting a bunch of different names together until something stuck.

Mercedes Kaestner-Varnado, now Sasha Banks, first signed with the WWE, she was instructed to give the company a list of possible names. The names Sasha and Banks were on the list but not yet married together.

“I remember my first week they were like give us a list of names. I just remember putting Sasha with a different last name and Banks with a different first name,” Banks told Stone Cold Steve Austin in a recent interview on his Broken Skull Ranch show on the WWE Network.

It wasn’t until after a match that a fellow performer helped put the two names together.

“And then I had a match the week after that and Sara Del Rey came into the locker room like ‘You’re Sasha Banks.’”

Banks said she loved the name right away and thought it “sounded like gold.”

One person who wasn’t a fan of the new name was Sasha’s mom who flipped out when her daughter told her about the new moniker.

Banks recalled telling her mom, “I cannot tell WWE to change my name, are you kidding me?”

Eventually, mom got over the name change, Banks made her debut in 2015, and will go down as one of the most popular female performers in wrestling history.