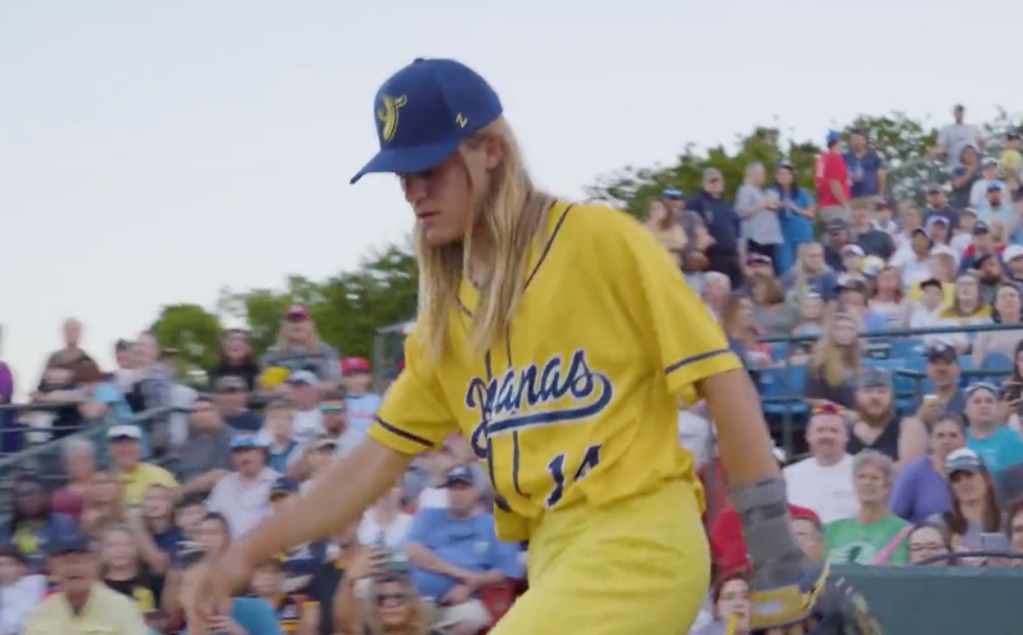 The Savannah Bananas have quickly become my favorite minor league baseball team on the planet. I didn’t even know who they were at this point last year and now I find myself writing about them every other week.

Earlier this week the Savannah Bananas made headlines when a batter set his wooden bat on fire before taking the plate and hitting a single. It was one of the coolest moments ever seen on a baseball field. At the end of last month, the minor league team rolled out a 75-year-old former Red Sox pitcher to strike a batter out AND created a new rule where fans could record outs from foul balls. And now we’re here.

This latest stunt falls under the category of ‘true gimmick’ but I still dig it. They put a pitcher on stilts to create the tallest pitcher in baseball history. Here he is getting a batter out:

Presenting to you, the tallest pitcher in all of baseball. pic.twitter.com/cERo6MYw3m

The dude’s so tall you can’t even see him on the broadcast:

this man too tall to fit the mound and his head on the broadcast https://t.co/G0rcM1ucce

This game is part of an annual Savannah Bananas vs Party Animals series that’s been great to watch. The Party Animals bring as much entertainment to the game as the Bananas.

They were bringing this energy on Thursday night which helped propel them to a 3-2 win over the Savannah Bananas.

Getting to know the Savannah Bananas

Did I mention the team has a band for celebrations?

If you’re not familiar with the Savannah Bananas you need to get up to speed real quick. They’re an American collegiate summer baseball team based in Savannah and they compete in the Coastal Plain League.

The Bananas are the reigning league champions and since being founded in 2016 they’ve sold out EVERY SINGLE home game. Just incredible stuff.