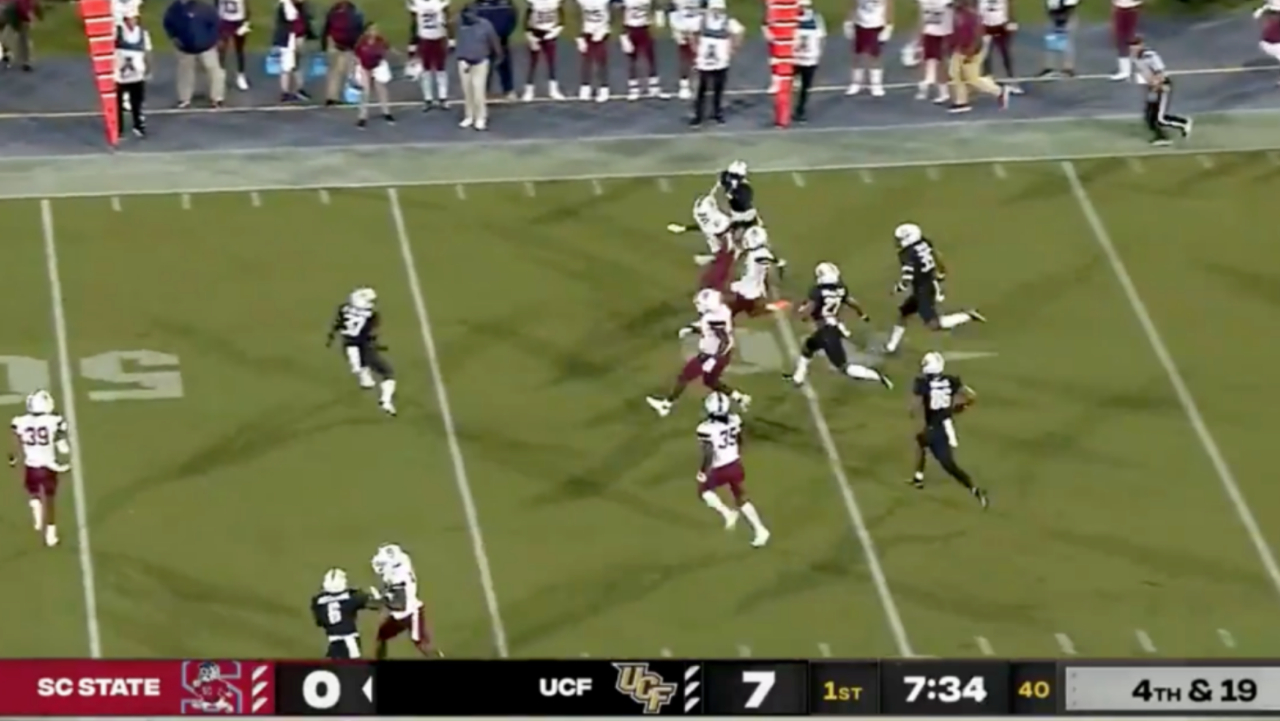 It’s the first week of the college football season, and we already have our first bonehead play of the year.

During the week one game between the South Carolina State Bulldogs and the UCF Knights, SCS punter Dyson Roberts apparently forgot how about the rules of punting and committed one of the most embarrassing penalties that you’ll ever see.

When SC State appeared they were faking a punt on 4th and 19, Roberts ran the ball way past the line scrimmage and bizarrely kicked it for whatever reason. Roberts was called for an illegal kick.

What the hell was this pic.twitter.com/jEO3VqIAGL

Fans weren’t entirely sure what they saw considering Roberts’ play made absolutely no sense.

SC State just faked a punt and the punter was about to make the first down when he punted the ball mid-run. He was 11 yards past the line of scrimmage when he kicked it.

The SC State Punter just ran 15 yards down field and then punted the ball. Got flagged for an illegal kick. I’ve never seen that penalty in all my life

Never seen this before

SC State punter faked a run, punted it a good 2 yards beyond the line of scrimmage pic.twitter.com/aXZ1v0BRLk

Update: Roberts’ rough night continues as he gets his punt blocked near the SC State ends in later in the game. Yikes.