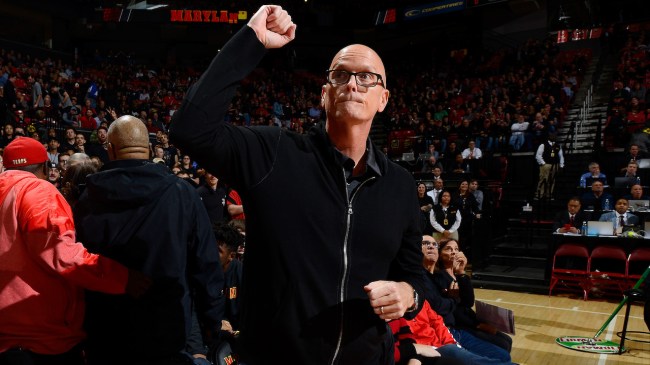 While the term “woke” has largely become cliched and frankly annoying, there’s simply no denying that ESPN’s Scott Van Pelt has been the company’s “woke” one before the phrase was even uttered into existence.

Van Pelt, who has been at ESPN since 2001, has consistently offered something different to the usual straightlaced SportsCenter host.

Regularly talking gambling long before the hobby became mainstream — his “bad beats” segment has been a staple of his for years now — Van Pelt has always seemed to have a better read on what his audience wants.

It’s because of that ability to sense the pulse of sports fans that landed Van Pelt as the host of the 11 p.m. hour of SportsCenter, meaning it’s his voice you hear following any major American sporting event.

So, it should then come as no surprise that Van Pelt was way ahead of the rest of his colleagues went it came to having LaVar Ball on his show.

Speaking to Sports Illustrated’s Jimmy Traina, Van Pelt went on a nearly two-minute rant as to why he never had LaVar Ball on his show and obviously never will. In fact, not only has Van Pelt never had Ball on his show, he hasn’t even spoken about him in over two years.

“To say, no I wouldn’t — to talk in absolutes doesn’t really benefit you because who knows?” Maybe. If there was a reason to, but I don’t know what that reason would be — and the reason isn’t gonna be for me to give him a mic and let him talk about how his son’s gonna be the greatest that ever was and his oldest son, how [the trade was] a mistake and the Lakers will never win,” he continues.

“That kind of stuff, I think it’s pretty obvious what it is and I’ve said from the start, it doesn’t interest me and since I’m in charge of my show, I pass on that,” Van Pelt concludes before the two move onto the next topic.

Given Ball’s most recent eye-rolling appearance on First Take, the rest of the Mothership has no choice but to catch up with SVP’s wisdom.