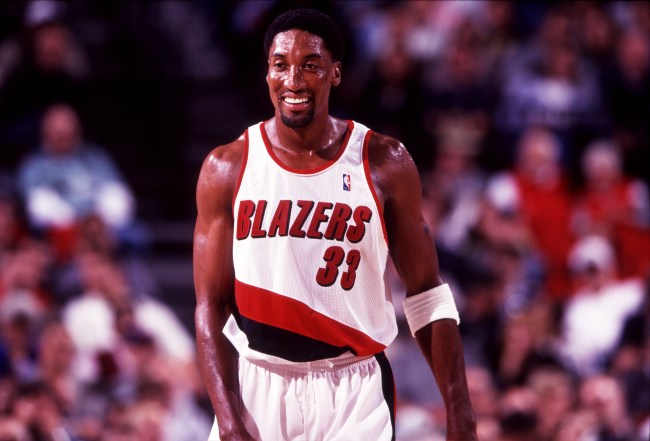 You won’t find many people who will argue against the claim that Scottie Pippen is one of the best small forwards to ever play, but it’s impossible to defend some of 33’s decisions throughout his 17-year NBA career.

Like signing a seven-year contract for a sack of marbles. Or Scottie refusing to enter the game in the 1994 playoffs because Phil Jackson drew the play up for Toni Kukoc, and then having the gall to say he ‘probably wouldn’t change it’ after Kukoc drilled the game-winner and Bill Cartwright cried about Scottie quitting in the locker room.

Pippen’s 2002 purchase of a Gulfstream jet may be his most-head-scratching decision, outside of buying his ex-wife a $4 million rock in 2017 seven months after he filed for divorce.

Larsa Pippen cheated & STILL got a 14 carat ring 😂😭Keep them on their toes ladies 💎 pic.twitter.com/SxaVRw5YpK

In 2002, Scottie was in his third season with the Portland Trail Blazers, making in one season what he signed for seven in Chicago.

He was flush with cash, so he decided to drop $4.3 million on a private jet. Scottie evidently didn’t put too much stock into the grand purchase, because he reportedly missed the scheduled inspection that would reveal any mechanical repairs needed.

The jet could not fly, unless it underwent $1 million in repairs.

Scottie Pippen bought a $4.3 million Gulfstream in 2002 that unknowingly needed $1 million in repairs to make it fly pic.twitter.com/CGXh8kSKE8

In 2010, Pippen ultimately won a $2.37 million in a malpractice case against Chicago law firm Pedersen & Houpt, who he alleged failed to closely monitor his plane purchase through a company called Air Pip. Pip initially was seeking $8 million.

Pippen has raked in over $107 million in salary earnings during his 17-year NBA career. He’s aight.