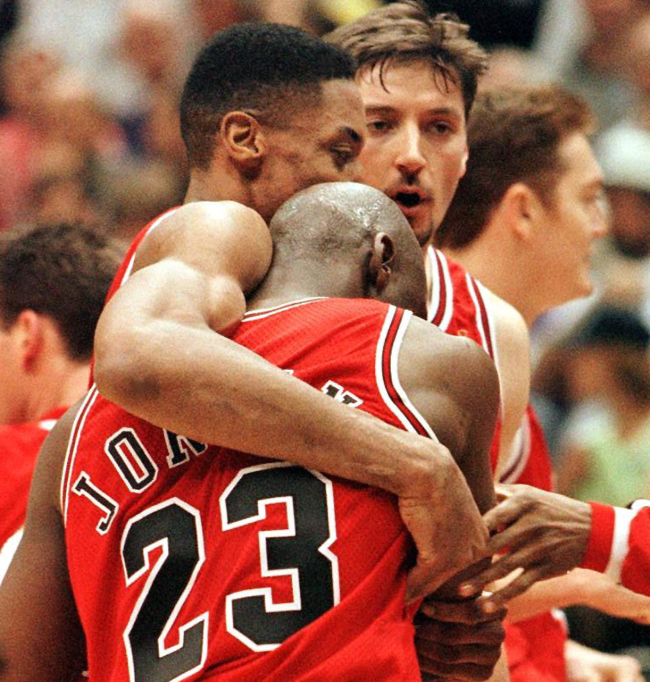 To recap, either in his new autobiography Unguarded or while out promoting his new book, Scottie Pippen called former Chicago Bulls head coach Phil Jackson a racist (which he later walked back), called Michael Jordan selfish for his decision to retire three month’s after the death of his father, and mocked Jordan over his iconic “flu game.”

Now, another excerpt from Pippen’s new book published by CBS Sports reveals that Scottie thinks the Chicago Bulls won their six NBA championships “in spite of” Michael Jordan berating his teammates to be better, and that he was a much better teammate than “the immortal Michael Jordan.”

Related: Skip Bayless Sets Scottie Pippen’s Legacy On Fire And Exposes One Of The ‘More Overrated Players’ In History

“In the doc [The Last Dance], Michael attempted to justify the occasions in which he berated a teammate in front of the group,” Pippen wrote. ‘He felt these guys needed to develop the toughest to get past the the NBA’s more physical teams. Seeing again how poorly Michael treated his teammates, I cringed, as I did back then.

“Michael was wrong. We didn’t win six championships because he got on guys. We won in spite of his getting on guys. We won because we played team basketball, which hadn’t been the case my first two seasons, when Doug Collins was our coach. That’s what was special about playing for the Bulls: the camaraderie we established with one another, not that we felt blessed to be on the same team with the immortal Michael Jordan.

“I was a much better teammate that Michael ever was. Ask anyone who played with the two of us. I was always there with a pat on the back or an encouraging word, especially after he put someone down for one reason or another. I helped the others to believe in and stop doubting themselves.”

Those statements are reportedly in the prologue of Pippen’s book. The prologue. Unguarded is 303 pages long so one can imagine what other thoughts Pippen shares about Jordan in the rest of the book.