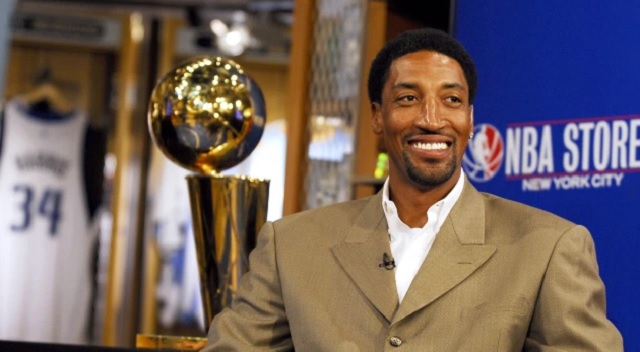 There’s no question that the Milwaukee Bucks have underachieved while inside the bubble but some of the criticism Giannis Antetokounmpo is receiving might be getting a little out of hand.

On Wednesday night, the Bucks went down 2-0 to the Miami Heat after losing a tight 116-114 contest that ended with Giannis looking dejected on the sideline after committing a crucial foul on Jimmy Butler in the final seconds of the game.

Jimmy Butler gets the foul at the buzzer 😱😱😱 pic.twitter.com/DYQUkCBcoK

On Thursday morning, former NBA player Richard Jefferson compared Giannis to Scottie Pippen in need of a Michael Jordan type player to play along with.

Giannis might be a Pippen…. there I said it! He needs his Jordan. pic.twitter.com/L89DG9JjHD

Pippen responded to Jefferson by admitting that he was never the caliber of player that Giannis is. Scottie went on to mock to Jefferson by wondering which player Jefferson would he compare himself to.

I’m not Giannis—I don’t have back-to-back league MVPs (he will in a matter of days)—and he’s not me. The question is… who were you as a player? 😂 https://t.co/Ce6tGU98s3