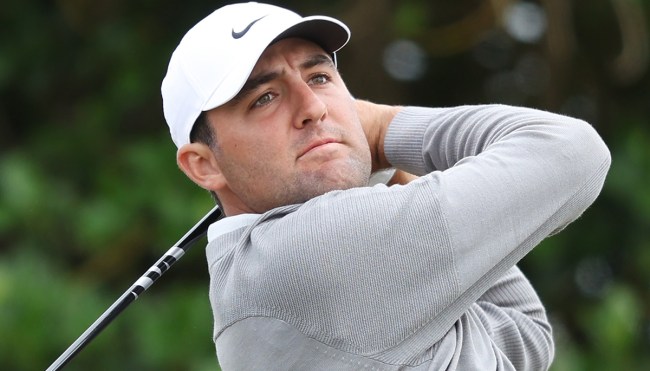 If it weren’t for The Masters, the British Open would probably be considered the most prestigious event a golfer can take part in due to its historic nature; in addition to being the oldest golf tournament in the world (the competition was first held in 1860), it’s also played on a rotation of the links courses that harken back to the rolling leas where the sport got its start all the way back in the 15th century.

The nature of the venues that host what is officially known as “The Open” makes it a particularly intriguing tourney thanks to the fairly unique obstacles that players usually don’t have to grapple with at more traditional tracts.

That includes the various hazards that define The Old Course at St. Andrews, as the most iconic links course on the planet can make life a living hell for anyone who gets stuck in one of its cavernous pot bunkers, attempts to find a ball that got lost in the razor-sharp bushes near the fairway, or fails to avoid the hotel located dangerously close to the tee box on the 17th hole.

When you throw in the fierce winds and rain that also make regular appearances, playing St. Andrews can be a real pain in the ass—even if you’re not dealing with the literal pain in the ass Scottie Scheffler was forced to endure there earlier this year.

Scheffler had himself one hell of an opening round at the Tour Championship and headed into Friday sporting a cumulative five-stroke lead in the FedEx Cup Playoffs with just three more rounds to go in the final event of the season.

According to Golf Digest, Scheffler spoke with the media after the round and hinted he’d spent a chunk of the summer nursing an injury that first reared its head at The Open in June (where he finished tied for 21st).

He initially declined to offer more details but ultimately decided to change course. He prefaced the reveal by warning it was “Probably TMI” before admitting the injury in question was “an infection at the top of your butt crack,” saying:

“Yeah, I didn’t ever really plan on telling anybody. It’s kind of one of those things you put on the back burner, and it’s stuff that happens.

Guys deal with injuries over the course of the season, and that one popped up at a wrong time for me when I was playing really well.”