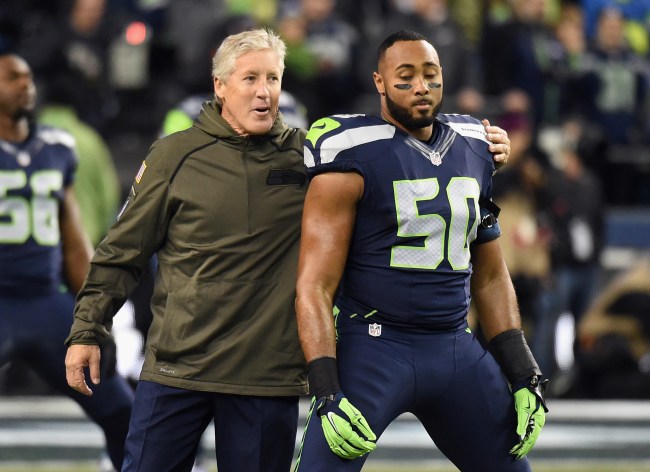 As a bandwagon Seahawks fan who’s lived in Seattle for the past 7.5 years — and the proud owner of Chris Carson on his fantasy football team — the bullshit play by Cowboys defender Trysten Hill on Sunday really has me livid. As plenty of former players and fans have pointed out, Hill’s alligator roll-up on the Hawks’ running back was dirty AF, and broke an unwritten code among defensive lineman to do something like that while making a tackle.

Thankfully, for both my fantasy team and the Seahawks, Carson’s injury isn’t expected to be serious, with the early prognosis being nothing more than a sprain that could actually heal by the team’s Week 4 game against the Miami Dolphins. That’s definitely good news, because Hill’s lack of discipline could have seriously injured Carson, and could have cost Seattle a real chance at competing for a Super Bowl should the runner be sidelined for an extended period of time.

While Chris Carson appears to be OK after the dirty move by Hill, that hasn’t stopped Seahawks head coach Pete Carroll and a linebacker on the team, K.J. Wright, from calling out the Cowboys defender. When asked about the play on Monday, Carroll simply said it pissed him off, with Wright being a little more deliberate in his reaction, simply saying the NFL needs to discipline Trysten Hill for the dirty play.

Per The Seattle Times:

“I was really pissed about that one,” Carroll said. “I don’t know what’s going to happen with that, but I was pissed because that guy hurt him, unfortunately.”

Pete Carroll of the Trysten Hill play on Chris Carson: "I was really pissed about that.''

@NFL this needs to be addressed ASAP!! Doing dirty dumb malicious shit like this can end someone’s season! This is clearly intentional and getting fined isn’t enough. Im all for guys playing hard but I have zero tolerance for this @NFL pic.twitter.com/cdllxdiAVi

It may seem like the Seahawks are just being whiners because Carson got hurt, but it’s anything but. If you look at the tackle by HIll, it sure seems like he purposely tried to roll up on the running back to inflict some added pain during the play. It’s why so many are calling for some sort of punishment for the Dallas defensive lineman.

In the end, Seattle got the last laugh, not only beating the Cowboys in an epic back-and-forth game, but seeing Chris Carson avoid major injury, too. And if the NFL steps in and declares a fine for Trysten Hill, well, it’d be a triple whammy from the Seahawks.