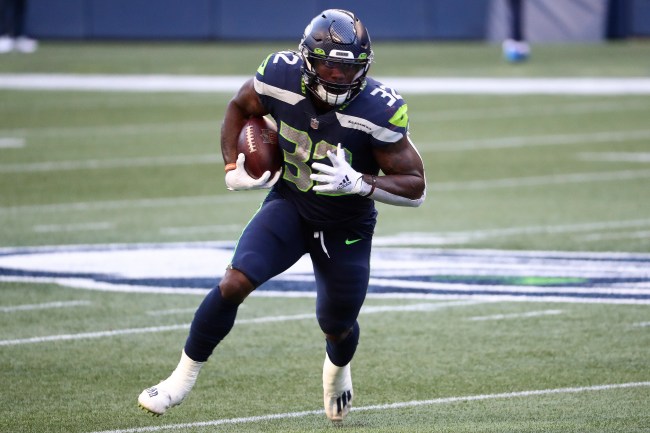 Seattle Seahawks running back Chris Carson isn’t one to be messed with.

For the past few weeks, Carson has been sidelined due to a nagging foot injury.

A game-time decision last week, Carson will be ruled out much earlier the second time around. The Seahawks haven’t said anything about a setback, but this does suggest Carson either wasn’t able to practice Friday or didn’t feel comfortable when he tried

It’s currently unclear when Carson will return to the lineup which is bad news for fantasy football owners who have him on their team.

Pete Carroll tells @710ESPNSeattle that there are no updates on the injury front; will need to take Shaquill Griffin, Ugo Amadi, Chris Carson and Carlos Hyde through the week to know their status for Sunday

Some fantasy football fans have apparently gotten angry with Carson for sitting out and have sent him nasty Instagram DMs but the Seahawks running back clearly isn’t shy to fire back at them. 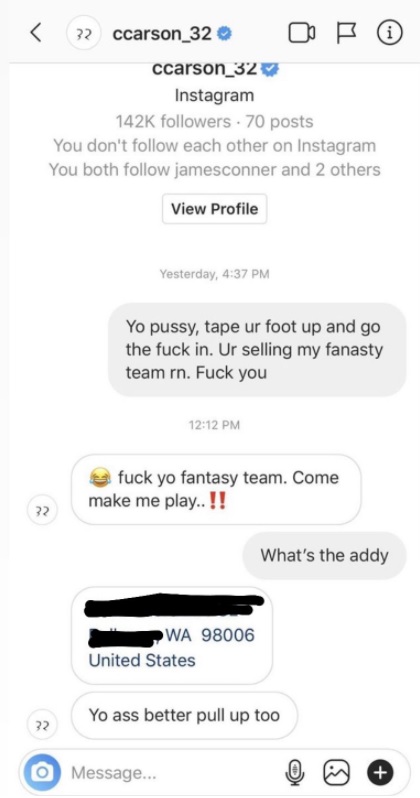 Fans should probably think twice before DMing Chris Carson after seeing this.