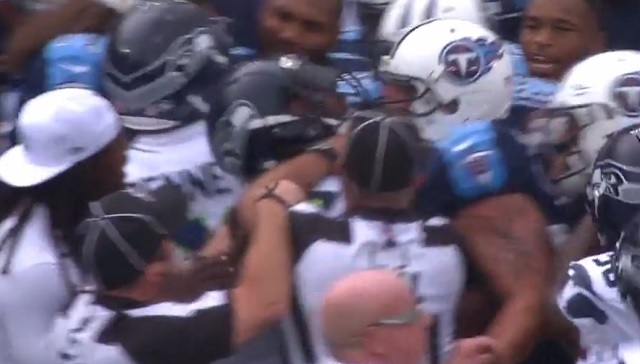 Things got a bit heated between the Titans and the Seahawks this afternoon. In the second quarter of their game, Marcus Mariota took a late cheap shot from Seahawks corner Richard Sherman after running out of bounds. The hit nearly caused an all-out brawl between the two teams on the Titans sidelines.