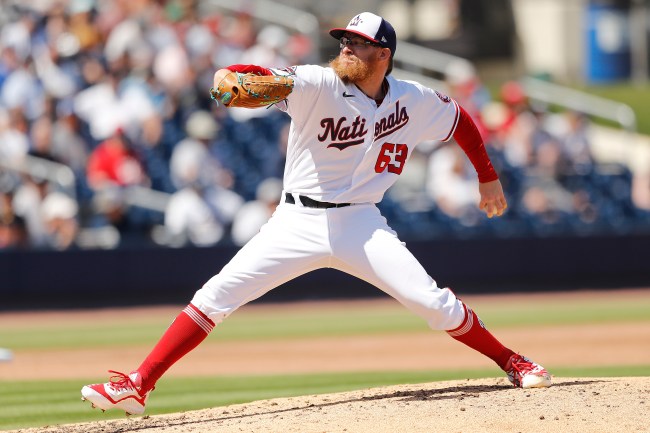 Hundreds of Minor League Baseball players received the devastating news last week that the teams were no longer going to be paying them weekly stipends during this work stoppage. Teams and owners cited the uncertainty around when the 2020 MLB season will start and what it will look like as the primary reasons for leaving minor leaguers out in the cold during a time of global panic.

It’s not as if the teams were paying minor leaguers a fortune. The weekly stipends ranged from $300-$400 which totals between $1200 to $1600/month. But that was money desperately needed by the players, money that hundreds of them will no longer be receiving.

His announcement on Twitter was very well received by fans but also met with a lot of ‘why should the players have to do this and not the billionaire owners??’ 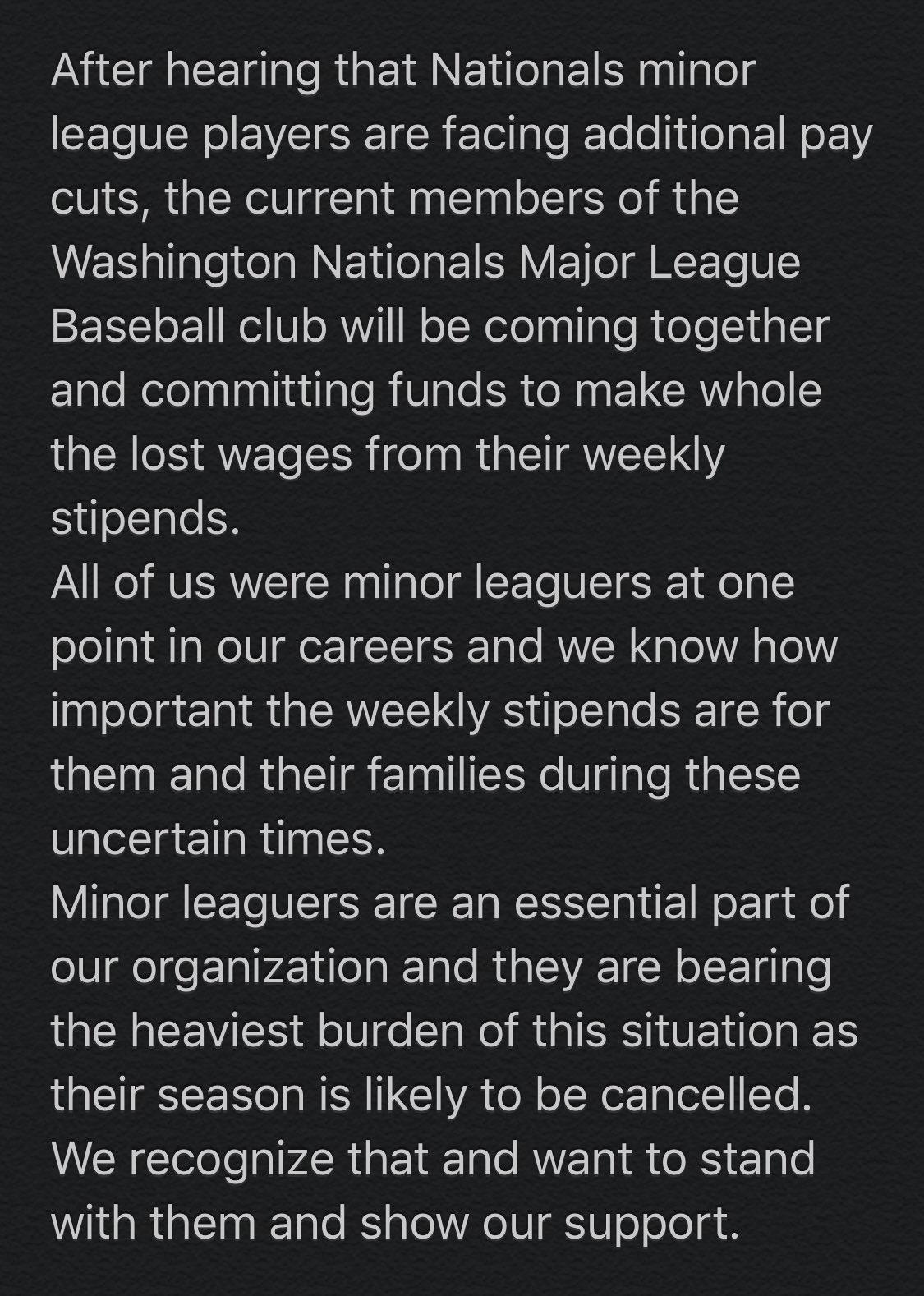 It’s not immediately clear how many players still in the Nationals minor league organization will be taking pay cuts and how much this will cost the major leaguers to foot the bill and make up the difference but I suspect the number is high.

A lot of fans were quick to respond:

Players had a zoom call right after the news broke. Every player wanted to do something to help. It was unanimous. Proud to be a part of this group.

i still hate the nats but this is so awesome

Would like to see the Blue Jays players come up with the $46,400 to keep those 29 released players at par with those who were not released through they end of June. I know not a lot of them are multi-million contracts but this isn't a lot of money spread around 10 who are.

This is amazing, although you shouldn’t have to do this

So the Washington Nationals cut 30 players instead of paying them $400/week. In total, that would’ve cost the team $48,000 for the month of June. Washington Nationals owner Mark Lerner has a net worth of $5.3 BILLION and is the richest person in the entire state of Maryland.

His players have banded together to pay their colleagues $48,000/month when the wealthiest man in the entire state of Maryland had chosen not to. Or perhaps he wasn’t asked to and the team went forward with this without consulting him but that seems like a stretch.

Hundreds of minor leaguers were cut last week. One player cut from the New York Mets organization went off on the team and Tim Tebow.