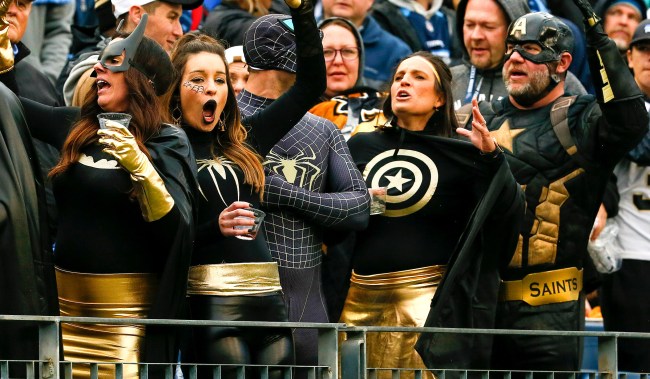 New Orleans head coach Sean Payton proposed a crazy plan that would have allowed 50,000 Saints fans into the Mercedes-Benz Superdome for the playoffs.

His completely impossible plan was shared with reporters on Wednesday as the Saints get ready to face the Chicago Bears in the wild card round on Sunday.

“I brought up the idea of testing 50,000 people and quarantining them in a hotel and having the most safest Superdome known to man, scientifically,” said Payton, according to Luke Johnson of The New Orleans Advocate. “Bus them, they’ve tested every day, and you’ve got a COVID-free facility.”

Payton can’t even keep his number one offensive weapon in line when it comes to wearing a mask and social distancing and here he is thinking 50,000 hyped up Saints fans would go along with this program?

According to Pro Football Talk, Payton was dead serious and the Saints even looked into making it happen.

Of course, there was no way local officials were ever going to approve letting 50,000 people gather at the Superdome so the Saints will just have to settle for the 3,000 that are currently allowed to attend Sunday’s game.

lol, has he met America?

but this would be the most 2020 thing ever. people will quarantine and follow the rules for a football game but not for just, like, normal life. https://t.co/h9hzZLg7Yl

That's the most Sean Payton thing I've ever heard.

Sean Payton trying to find a way around the rules. Weird. https://t.co/x24hgWy9oL

What if we quarantined everyone? Then everyone could go to a game.