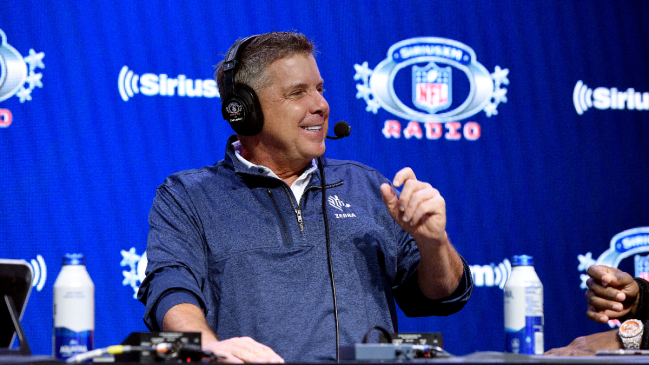 There are few hotter names on the NFL coaching carousel than that of former New Orleans Saints head coach Sean Payton.

Payton unexpectedly stepped away from his job with the Saints following the 2021-22 NFL season.

But many figured it wouldn’t belong before the veteran head coach found his way back to the sidelines. The Dallas Cowboys, in particularly, have been linked with Payton for seemingly the last decade. But team owner Jerry Jones recently ruled out the idea firing head coach Mike McCarthy.

Payton won’t be shy on suitors, however. While Payton believes it’s more likely than not he returns to his broadcasting role in 2023, that hasn’t stopped teams from trying to convince him otherwise The Denver Broncos reportedly asked permission to interview Payton recently, as did the Arizona Cardinals.

But one major detail may keep Payton from going anywhere at all should he want to return.

Because Payton retired, rather than being fired, the New Orleans Saints still retain the rights to his services should he return.

The odds of Payton returning to New Orleans are slim to none. But any team hoping to acquires his services will have to negotiate with Saints general manager Mickey Loomis first.

And it appears the asking price for New Orleans is pretty hefty.

Payton went on Fox Sports’ “The Herd with Colin Cowherd” on Monday and revealed that New Orleans wants a first-round pick in return to Payton.

Sean Payton said on @TheHerd that he has spoken to #Saints GM Mickey Loomis and trade compensation to acquire him will probably be "a mid-to-late first-round pick.”

Could change depending on teams, but that seems to be the asking price.

Payton’s resume speaks for itself. He posted a 152-89 record in 15 seasons with the Saints and won the Super Bowl in 2009. He made the playoffs in nine of those seasons and only finished under .500 four times, with no season worse than 7-9.

But whether a team is willing to give up significant draft capital in order to secure his services is yet to be seen. As the Saints see it, they won’t have a choice.