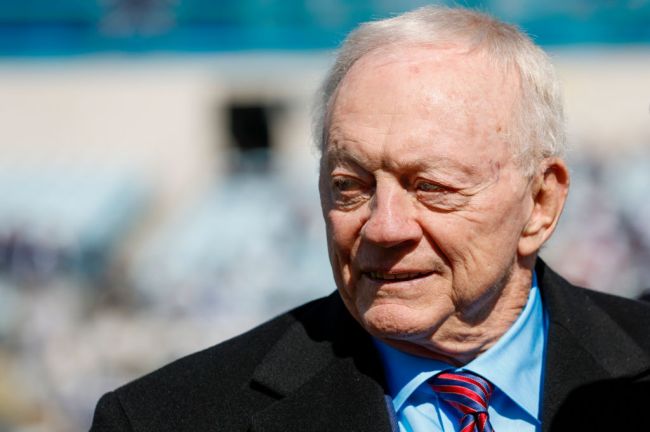 The Dallas Cowboys are currently epitomizing the definition of “limping into the postseason.”

Despite their impressive 12-5 record, the Cowboys have won just two of their last four games and got absolutely embarrassed by the Washington Commanders in their season finale by a score of 26-6.

As a result of the Cowboys’ recent form, tensions are high in Dallas as they face the prospect of going down to Tampa Bay to face off against Tom Brady in what could be the final game of the Hall of Famer’s career.

Given the precarious situations that the Cowboys find themselves in — having to go on the road against an emotionally-charged and Brady-led Bucs team — questions are obviously being asked of what will happen if they lose this game.

While ESPN’s Mike Greenberg has been saying all week on Get Up! that losing to the Bucs should result in the Cowboys clearing house, owner Jerry Jones isn’t going quite that far. Yet.

“That’s it. I don’t need to go into all the pluses or minuses. I’ve got a lot more to evaluate Mike McCarthy on than this playoff game.”

Asked on 105.3 The Fan if a loss to Tampa Bay could impact Mike McCarthy’s job status, Jerry Jones said, “No. I don’t even want to … No. That’s it. I don’t need to go into all the plusses or minuses. I’ve got a lot more to evaluate Mike McCarthy on than this playoff game.”

Dak Prescott — who has struggled mightily in recent weeks and finished the regular season tied for the league lead in interceptions with 15 (despite missing five games) — and the rest of the Cowboys will travel down to the Sunshine State to take on Brady and the Bucs for the final Monday Night Football game of the season on January 16.

Elsewhere in the NFC, the Philadelphia Eagles have a bye week, the 49ers will host the Seattle Seahawks on Saturday at 4:30, and the Giants will visit the Vikings on Sunday afternoon.