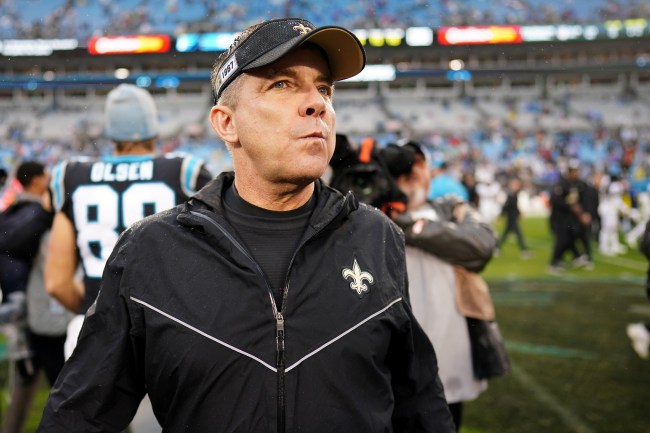 It’s been one helluva 2020 for Sean Payton so far. Not only did his New Orleans Saints lose in dramatic fashion in the NFL Playoffs at home (again), but, fast-forward a couple months later, and the head coach was the first prominent figure in the league to test positive for the coronavirus, leading the 56-year-old Payton to become the face of awareness and education about socially distancing.

While Payton has made a full recovery from his experience with the virus going around, things aren’t necessarily getting any easier for him. That’s because a former Saints player of his, Delvin Breaux, recently slammed the head coach in an interview about a serious leg injury that the player experienced with the team.

According to Breaux — who was originally injured in the first game of the 2016 NFL season, then again the next season with the same injury — the broken fibula he sustained was misdiagnosed from team doctors as nothing more than just a leg contusion. Not only did it cost the former cornerback two seasons in the league, but it led to some harsh treatment from Sean Payton, who believed his player could’ve been practicing; although the injury was much worse than doctors claimed.

Talking on the Straight-Up Saints Podcast this week, Delvin Breaux didn’t mince words about his experience playing under Payton, and even described himself feeling like “less than a man” when in the team’s practice facility, finding ways to avoid his head coach to save himself from verbal abuse. Take a look at what Breaux had to say below.

“It was a tough time for me and my family, man. We didn’t know where to go or what was going to happen. We were going through the misdiagnosis, and I’ve never been through that before,” Breaux said.

“He didn’t give me any respect. I told him something was wrong with my leg, but he kept telling me to practice. It got to a point where I was like ‘Hey man, are you going to keep addressing this during practice and embarrassing me in front of my teammates?’ I felt like less than a man walking through the facility because I didn’t want to see him.

“When we had meetings, I was trying to duck Coach Payton. I already knew he was always going to tell me something because of our situation. I’m glad I’m able to tell my side of the story. He knew it was f—ked up. I know the reason why I was let go All the media attention, why didn’t he just tell people what was going on behind the scenes? He could have told people what was going on behind f—king closed doors. That’s something that didn’t sit well with me. He was harassing me because I wasn’t practicing when he knew something was wrong. Let me tell you something, Chris.

“I went out to practice for this man while I was hurting, and he kept asking doctors when I was going to be ready. Who the f—k is he? I’m thankful I’m not in this situation and I’m at where I’m at. I have no bad blood with the Saints organization, but that particular situation didn’t sit well with me. I used to have nightmares. It’s a business at the end of the day though, so you got to take it for what it is.”

It’d be interesting to see if Sean Payton responds to Breaux at all after seeing this. While it’s in the past and the cornerback admitted that he understood the NFL’s a business, the fact that the player admitted he felt intimidated by his head coach isn’t a good look. Plus, the doctors who misdiagnosed Breaux’s injury were eventually fired, so Payton was kind of in the wrong in his handling of the whole thing.

While Delvin Breaux no longer plays in the NFL, he did sign a lucrative deal with the CFL’s Hamilton Tiger-Cats, where he became one of the top defensive players in the league — so, thankfully, his football career didn’t end on such a sour note in New Orleans.