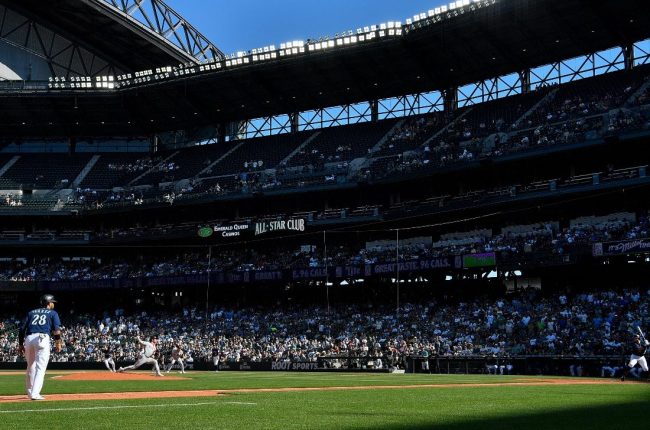 Some sports teams just know how to get the people going. We’ve seen numerous hilarious videos of these franchises using the jumbotron to get the fans laughing or hyped up. However, we would like to anoint the Seattle Mariners for having the best cam in all of sports. Not only do they pay a little tribute to The Lion King, but the Mariners also allow their fans to show off their dogs at the stadium.

Mariners Use Simba Cam For Everyone To Show Off Their Dogs

Jomboy Media shares a quick clip of everyone in T-Mobile Park holding up their dogs for the Simba cam. I don’t know about you, but this would entice me to attend games every single night. Who doesn’t love dogs? Who doesn’t love The Lion King? Mix them together and you just get a fun time while watching Mariners baseball.

Okay, but is that not the best thing ever? Imagine watching a baseball game with mans best friend at the Mariners stadium. Sign me up for that every night. I don’t even care if the home team wins. I just want to see everyone’s dogs lifted up like Simba.

At the end of the day, this is a rather smart way for ball clubs to sell tickets. Some dogs are high maintenance and can’t be without their owners for a certain duration of time. These teams that allow fans to bring their pets on certain nights are doing it right. We can’t help but think this is a good karma move for the Mariners, which might be why they’re one of the best teams in the league right now.