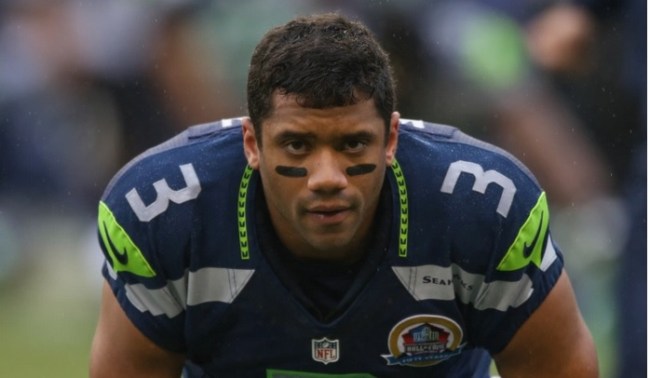 The Seahawks asking price in a trade for Russell Wilson has reportedly been revealed and it’s pretty steep.

Earlier this month, Wilson publicly aired his frustrations with the Seahawks about wanting more input in the Seahawks’ personnel decisions during an appearance on the Dan Patrick Show.

"I want to be involved. At the end of the day, it's your legacy, your team's legacy…. It helps to be involved more. That dialogue should happen more often." – Russell Wilson says that players should have input because they get a sense of who loves the game and is good (@dpshow)

Seahawks management was reportedly not happy with Wilson’s comments and teams have begun calling to see if the team is willing to part ways with their longtime QB. According to Mike Silver of NFL.com, nearly one-third of the league has reached out to Seattle to ask about Wilson’s availability and many of them believe that the starting price in a trade would be three first-round picks.

The @Seahawks are staying quiet in the wake of Russell Wilson's recent comments… but that isn't stopping teams from calling to see if he's available… @nflnetwork @AndrewSiciliano pic.twitter.com/Xs3Xwp6A2L

“What’s realistic price if the Seahawks were to trade Russell Wilson? I think you start with something like three first-round draft picks. That’s kind of the message that other teams believe would be conveyed,”

It’s fairly unlikely the Seahawks would trade Wilson but things could get interesting if a team out there goes above and beyond to acquire the veteran QB.