Seattle Gets Dumped On With Winter Storm, Sets Up Epic Snow Game That Is Absolute Scenes 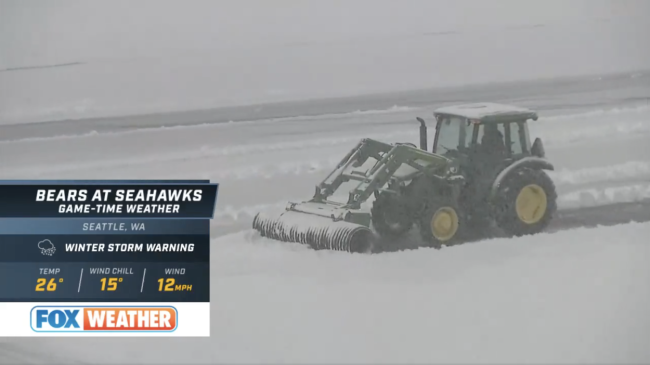 As the Seattle Seahawks face the Chicago Bears on Sunday, it’s going to look more like Illinois than Washington. An unprecedented winter storm is currently rolling through the Pacific Northwest and the Emerald City is getting coated in a thick layer of white.

Just before kickoff, the grounds crew at Lumen Field was working tirelessly to clear the turf of snow. There was a lot of it.

The scene in Seattle for Bears vs. Seahawks today 😮 ❄️ pic.twitter.com/t8uBEdrCx4

The initial dumping was cleared from the field of play.

Hey @12s– you ready for a snow game?
Because we are ❄️💙❄️ #CHIvsSEA x #GoHawks pic.twitter.com/VGhqO8PctD

However, snow remains in the forecast over the course of the next few hours.

As a result, there will be a snow game in Seattle on Sunday. It will be the first true snow game of the year and it’s going to be awesome.

By about 9:30am PT, more than two and a half inches had accrued. The flakes will continue to fall over right up until and possibly even after kickoff.

This is not much snow by Midwest standards but it’s more like Chicago weather here in Seattle, where the Seahawks and Bears will kick off at 1:05 PT at Lumen Field. pic.twitter.com/pUWYsO9wpX

When the snow does dissipate, it will leave behind freezing temperatures. When the early slate of games kicked off around the country at 10am PT, it was 28 degrees in Seattle. The temperature will only continue to drop, and will do so fast.

After the snow is expected to stop will see the temperature drop by another couple of degrees overnight. 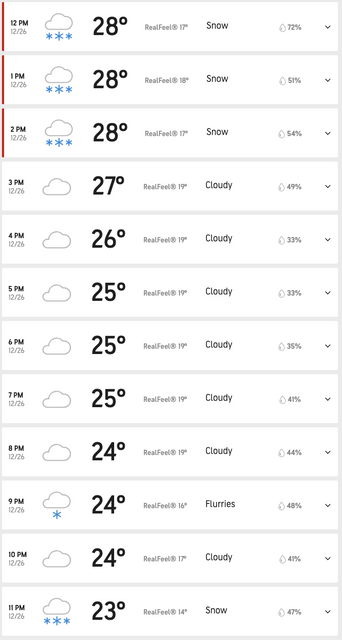 With that being the case, the Seahawks and the Bears are set to face off in cold, snowy conditions. It’s going to be awesome, especially considering that it is all-but a must-win for Seattle if it wants to keep its playoff hopes alive.