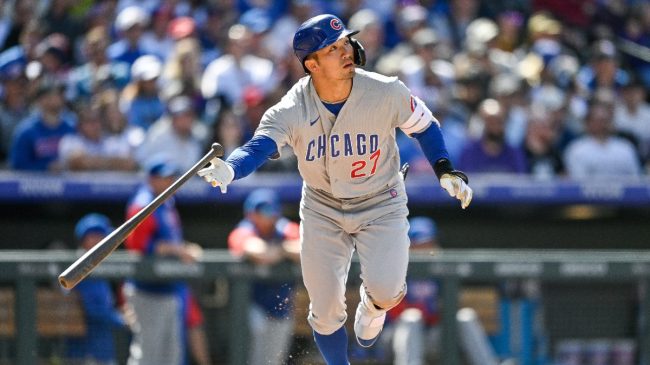 Seiya Suzuki is off to one of the hottest MLB starts in the history of the league.

The first-year player from Japan is hitting an absurd .429 with four home runs and 11 RBIs to lead the team. To put it in perspective, the Cubs have only scored 48 runs as a team. Suzuki has had a part in 20 of them by way of either hitting a runner in or crossing the plate himself.

Many doubted whether the slugger would be able to adjust to Major League pitching. It’s safe to say he has, and quite quickly.

Suzuki has started his professional career in the United States with a nine-game hitting streak, which tied a Chicago record. He’s also reached base in each of the 10 games he’s appeared in. He came off the bench as a pinch-hitter in a contest versus Colorado where he was intentionally walked in his only plate appearance.

Seiya Suzuki has tied the longest hit streak to begin an MLB career (9 games) by any @Cubs player over the last 100 seasons.

Andy Pafko had held that record outright since 1943.

He’s already setting club marks for the Cubs, but this week, there was one outrageous stat that shows just how impressive his MLB start has been.

Suzuki, through his first 10 games of the season, is on pace to break Babe Ruth’s WAR record set back in 1923 with the Yankees.

WAR, or wins above replacement, is a statistic that’s used to equate a player’s value in all facets of the game. According to the MLB definition, it helps decipher “how many more wins he’s worth than a replacement player at his same position.”

Essentially, how important is the player to the team’s success, and how much better is he than those that play his same position?

Ruth’s historical mark in the 1923 season was 15.0, meaning without Ruth in the lineup, the Yankees would have theoretically had 15 more losses in that ’23 campaign.

Ruth hit .393 with 41 homers and 130 RBIs in that magical MVP season. He also walked a league-leading 170 times while also pacing the MLB in runs scored, on-base percentage, and slugging.

At the pace Suzuki is playing at thus far, he would end the year with a WAR of 16.0, slightly besting the Great Bambino.

Now, it’s highly unlikely that Suzuki is able to keep this pace. We haven’t seen a .400 hitter in the MLB since World War II. Still, it speaks to how unbelievably impressive his Major League start has been.

Suzuki will look to extend his hitting streak to 10 games Tuesday night against the Rays.