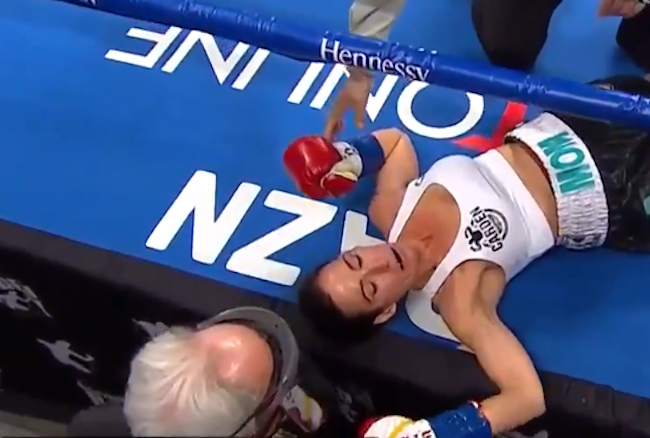 Whatever the undefeated Estrada had going on, she had little time to hang around for the fight, so she knocked out her last-minute opponent in seven seconds to retain both titles.

Adkins didn’t even have time to throw a punch, taking seven quick shots from Estrada. Four of those punches drilled her straight in the head.

Jacky Calvo was slated to be Estrada’s original opponent at the Fantasy Springs Resort Casino in Indio, California. Calvo withdrew due to a knee injury and Adkins stepped in for her sixth career bout.

“That was hard to watch, I’m glad Miranda Adkins seems OK but she didn’t know how to defend herself the moment the bell rang. Way over her head against a killer like Seniesa Estrada,” tweeted Ryan Songalia, a reporter for Ring Magazine.