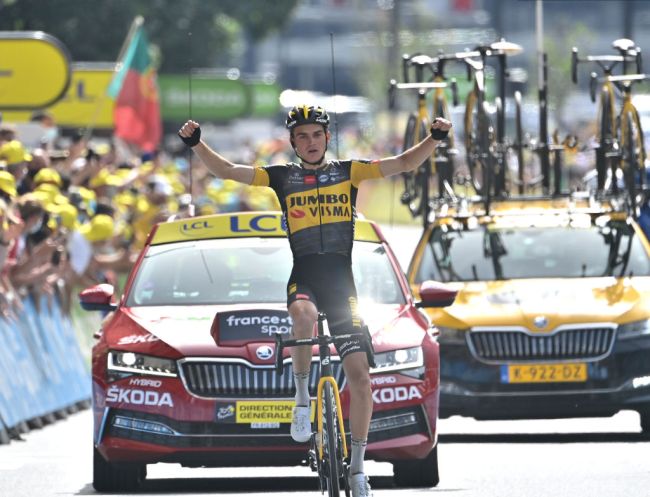 A wide grin spread across the face of Sepp Kuss on Sunday as he crossed the finish line at the Tour de France. The 26-year-old won the Tour’s grueling 15th stage and broke a 10-year drought for American-born riders.

Kuss, a Colorado native, became the first rider from the United States to win a stage on the Tour de France since 2011. He finished 23 seconds ahead of the second place rider and made history.

When Kuss pulled up to the finish line, knowing he had won, he celebrated in style.

The University of Colorado alumnus threw his arms into the air before grabbing his sunglasses from his head and chucking them into the crowd.

So many emotions at the finish line for Sepp Kuss. pic.twitter.com/IQfHi2kdaK

It looked like something of a walk-off home run celebration and it was well-deserved. Kuss said he did not know about the 10-year gap in American stage wins but he certainly does now.

Like many professional riders, Kuss moved to Andorra, France and calls it his adopted home. The city is essentially a high-altitude camp in the mountains. It is a perfect place to train, with some of Europe’s steepest roads, and has pretty much perfect weather all year round. Andorra also just happened to host the 15th stage of the Tour.

“To be honest, I was suffering a lot in this Tour de France. I didn’t feel like I had the spice in the legs. Today I knew it was finishing where I live, so I was motivated for the stage,” Kuss said after the win.

Everything about the 191.3-kilometer mountain stage is brutal. Most of the ride is upward into elevation and it concludes with a 1,796-meter climb— the steepest single-day climb of the entire race. 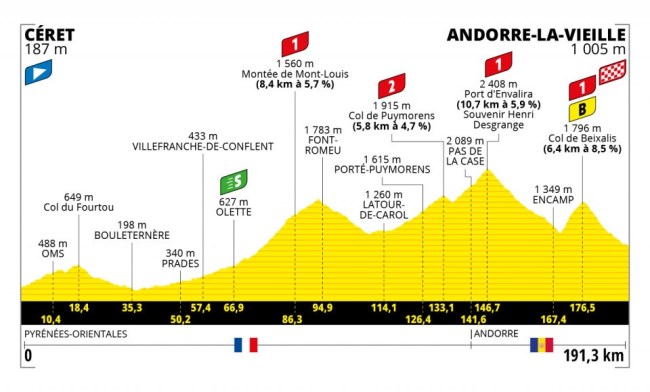 Kuss was out in front of the pack for much of the day, but he made his final attack near the finish and left everyone in the dust.

USA rider, Sepp Kuss, is currently leading the race on stage 15, where will he finish today? pic.twitter.com/2mzYVJD0JI

Oh say can you see?!

Only 10 Americans have ever won a stage at the Tour de France, some more than once:

Here are Kuss’ thoughts after his monumental win:

🎙Hear from first-time stage winner 🇺🇸 @seppkuss after his solo victory in his adopted home of Andorra!#TDF2021 pic.twitter.com/osuilvootZ