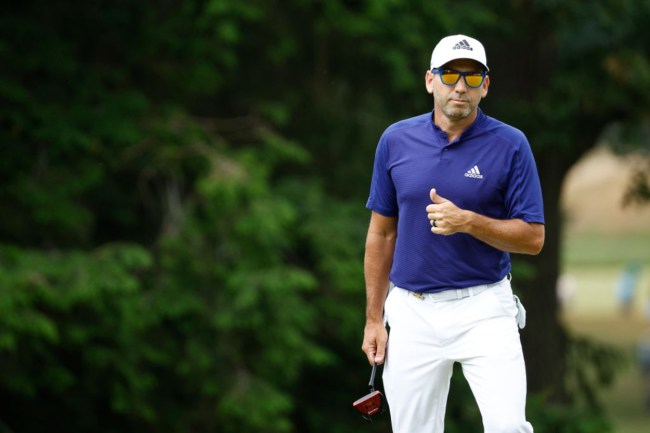 One of the many storylines involving LIV Golf was the team names the Saudi-backed circuit debuted at its initial event in London earlier this month. At least one of those team names, the ‘Fireballs,’ is no longer, as team captain Sergio Garcia announced the news on Instagram.

The Spaniard announced the news while telling his followers to use his promo code for discounted tickets to this week’s LIV Golf event at Pumpkin Ridge in Portland, Oregon.

He also noted that his team is “set,” which is an interesting development seeing as how a team draft was scheduled for Wednesday. Garcia captained the Fireballs in the inaugural event with Jediah Morgan, David Puig, and James Piot rounding out the squad.

Changing the Fireballs team name is probably a good move if Garcia is superstitious.

Things didn’t go well for his team as they shot a combined 13-over par in the first event, the second-worst team score at Centurion Club.

This week’s first States-side LIV Golf event is expected to be home to some protests.

According to the Associated Press, the North Plains, Oregon mayor as well as officials from surrounding cities have written Pumpkin Ridge Golf Club’s owner a letter expressing concerns.

The mayor, other officials, and Oregon senator Ron Wyden are speaking out against LIV Golf and labeling it “sportswashing.”

Around 20 or so members of Pumpkin Ridge have reportedly dropped their memberships as well.