Sergio Garcia Hits The Most Ridiculous Stinger At The Ryder Cup, But Did He Mean To? 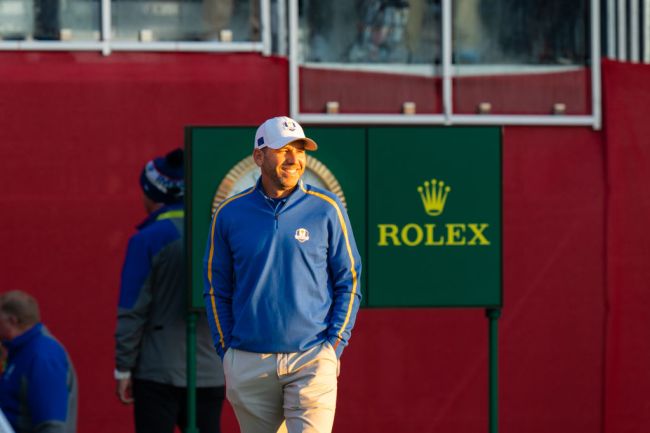 We may not even be past the morning wave at the Ryder Cup, but we may have already seen the shot of the event courtesy of Sergio Garcia.

Garcia is one of the best ball strikers in the history of the game and is no stranger to doing ridiculous things with a fairway wood in his hands, but he may even tell you the tee shot he hit on the 13th was special.

The Spaniard clearly felt some wind in his face and wanted to keep his ball-flight low and he accomplished that mission, and then some. His piercing tee shot didn’t get more than five or six feet off the ground. The ball-flight was so low you have to question whether or not he actually meant to hit it that low or if it was a complete miss-hit. There’s no denying he caught the ball thin, but hey, it worked.

Garcia laughed the tee shot off after the fact and seemed to be impressed with what he just managed to do.

Just LOOK at this stinger from Sergio Garcia.🤯 #RyderCup pic.twitter.com/WEb3rsIJwD

Garcia’s stinger will be played over and over again throughout the weekend, but he and Jon Rahm lost the 13th hole to Jordan Spieth and Justin Thomas. Things are looking good for the Spanish duo, however, as they’re currently 3-up with three holes to play.