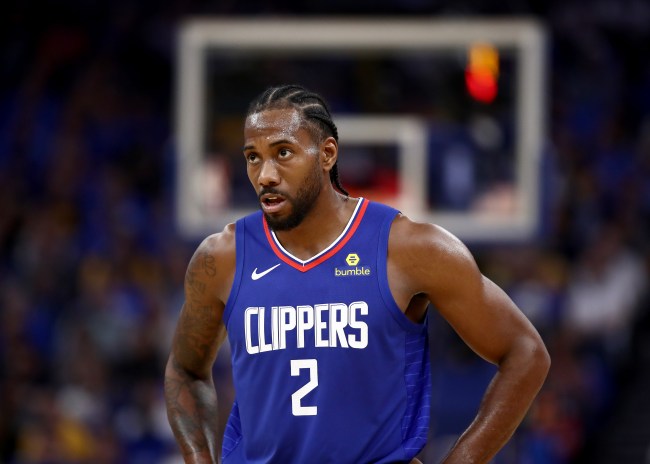 We’re starting to learn more about what went wrong with the LA Clippers last season after the team blew a 3-1 lead to the Nuggets in the playoffs.

On Thursday afternoon, the team hired Ty Lue to take over for Doc Rivers due to the fact that they believe Lue will be able to lead a fractured locker room because of his previous experience with the Cavs in 2016.

Why did the Clippers turn to Tyronn Lue as their next coach?@jovanbuha and @joevardon got insight into the search, and why the team believes that a coach who was on the bench last season can bring some needed change to locker room and court.https://t.co/FwAMRvCHsX

His main experience as a head coach came from taking over a team loaded with talent and egos but short on tempers, and he massaged those personalities into a cohesive unit that became the first team ever to recover from a 3-1 finals deficit and win.

According to Jovan Buha of The Athletic one major issue inside the team’s locker room last season was the preferential treatment Kawhi Leonard got from Rivers which annoyed several of the veteran players on the team.

Via Jovan Buha, The Athletic

In Los Angeles, there is an unquestioned, A-1 superstar in Leonard. His presence both instantly made the Clippers a title contender and also eventually ruffled the feathers of some teammates because of the preferential treatment showed to him from top to bottom.

Players like Beverley, Montrezl Harrell and Lou Williams — Clippers bedrocks before the arrival of Leonard and George — bristled when Leonard was permitted to take games off to manage his body and to live in San Diego, which often led to him being late for team flights, league sources said.

As of now, it seems like Clippers players are happy with the Lue hiring but we’ll have to wait and see if he can fix the team’s locker room issues next season.