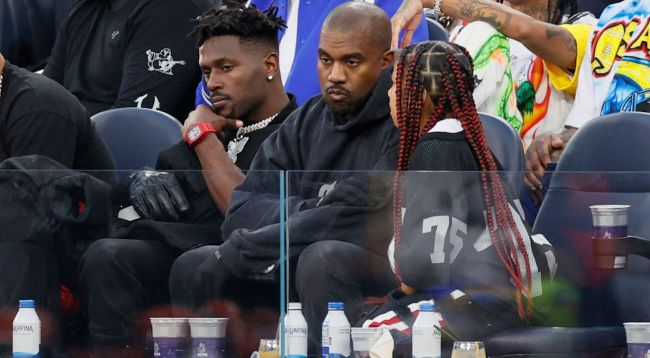 Hall of Fame tight end Shannon Sharpe, who played 12 of his 14 NFL seasons with the Denver Broncos, said he would be “all for” rapper Kanye West purchasing the Denver Broncos. It was announced in early February that the iconic AFC West franchise, with a reported value of $3.75 billion, was up for sale.

Sharpe, who hauled in 815 catches for 10,060 yards and 62 touchdowns during his legendary career, was asked the question by TMZ Sports while at Super Bowl LVI. The question came after Antonio Brown tweeted that Donda Sports, which he is now the “President” of, should buy the Broncos.

Donda Sports want to buy the @Broncos who with me !

“I’d be happy, if a minority, Robert Smith, I see Byron Allen is interested. I’m all for it. That’s the organization that I played 12 years for. I have a lot of respect for the Bowlen family. They did a great job with me and my family,” Sharpe said of the Broncos potentially being sold to a minority owner while speaking to TMZ Sports.

“Hopefully, if Kanye can get some investors and 24-26 out of the 32 NFL owners agree, I’m all for it. The biggest bidder is going to win. The NFL is about dollars and sense: if you got the dollars, it makes sense.”

The National Football League undoubtedly needs more minority owners, there’s no doubt about that. But Kanye West? For some reason, I just can’t picture that one happening. Something about Yeezy fashion shows during halftime just doesn’t feel right.