Shaq Once Somehow Figured Out A Way To Drop $70,000 During A Single Trip To Walmart 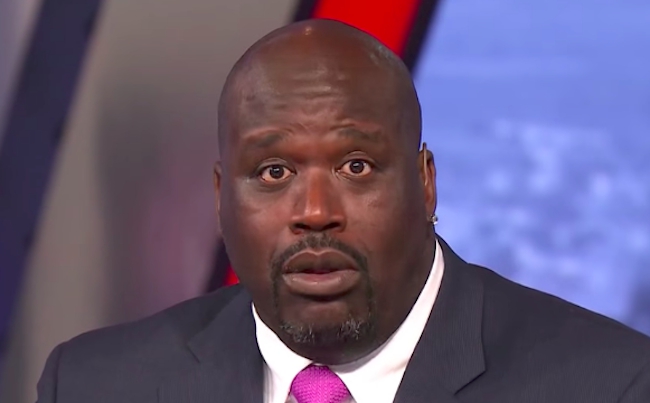 The Orlando Magic decided to take Shaquille O’Neal with the first pick of the NBA Draft in 1992—an honor that traditionally comes with a shitload of money. Shaq celebrated accordingly and apparently managed to spend $1 million in a single day after he signed his rookie contract. While the majority of that money was spent on jewelry cars he could comfortably fit in, he did also manage to make some responsible purchases in another instance— even though he did it in a fairly unconventional way.

Shaq appeared on Real Sports this week to discuss his finances and business ventures, where he revealed a professor at LSU had told him he didn’t have a future in marketing (which must make the teacher even more annoyed than a normal person whenever they have to watch a commercial for The General). However, the most interesting tidbit might have been the one shared by Business Insider about an especially pricey trip to Walmart.

Shaq said that he headed to the store with the intent of furnishing an empty apartment, and by the time he had rounded up the furniture and various supplies, he’d managed to rack up a $70,000 bill. Unfortunately, his card was declined— not because he didn’t have the funds, but because the credit card company (like most normal people) couldn’t fathom how someone could drop that much at Walmart:

“The security team from American Express calls me, ‘Hey man, somebody stole your credit card. They’re at Walmart,'” O’Neal said. “I said, ‘No sir, that’s me.’ The guy goes, ‘What the fuck are you buying?'”

I’m not sure if the new line of clothes Walmart is designing will be made in Shaq’s size, but they’d be doing themselves a disservice if they didn’t at least think about it.