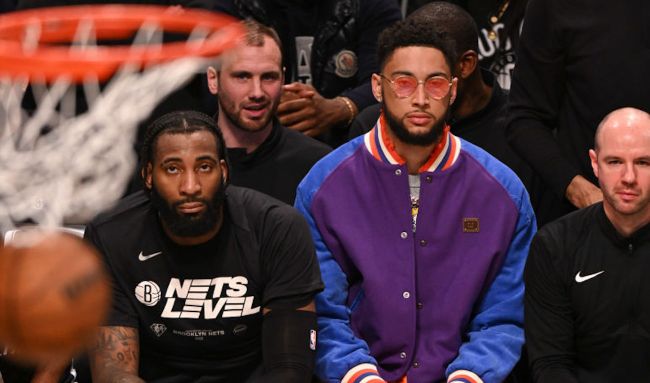 Simmons, who had a salary of $30 million last season, took four shots and scored five points to go along with eight rebounds and 13 assists. And that was the last time anyone saw Ben Simmons on an NBA floor.

Heading into tonight’s potentially season-ending Game 4 against the Boston Celtics, reports had long indicated that Simmons was “optimistic” that he would be returning to his profession after a year off, with all signs pointing to him appearing in the game in some capacity. However, on Sunday, news broke that Simmons was suffering from back soreness and would not be playing in Game 4.

The news created a visceral reaction in the NBA world as many journalists, personalities, and former players weighed in on Simmons’ latest set-back. And because no NBA news cycle would be complete without it, Shaq and Charles Barkley shared their thoughts on this situation on Sunday night’s Inside the NBA and absolutely ripped Simmons, with Shaq calling it a “punk move.”

Chuck & @SHAQ weigh in on Ben Simmons being out for Game 4. pic.twitter.com/sGCWdt1sDN

Kevin Durant, Kyrie Irving, and the rest of the Brooklyn Nets, down 0-3 to the Boston Celtics in the first round of the Eastern Conference playoffs, will look to keep their season alive and force a Game 5 tonight in Brooklyn.

RELATED: Shaq Can’t Keep It Together As Charles Barkley Explains What To Do When ‘A Guy Is Banging You’ (Video)