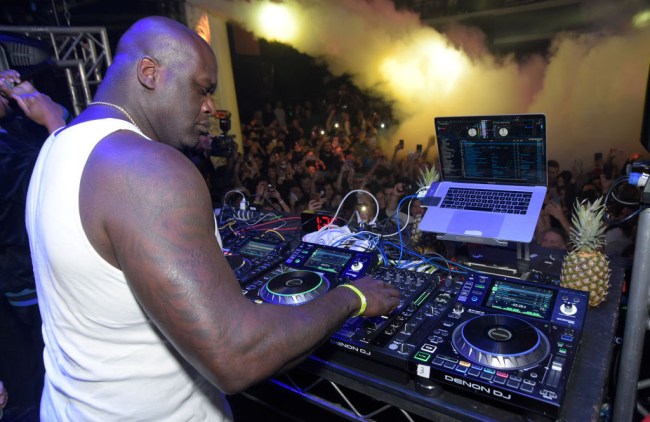 You’d think someone like Shaquille O’Neal would be content with being one of the most dominant basketball players of all time, but if you’ve ever felt the urge to buy car insurance because he told you to, you know he’s a man of many talents.

In the early 90s, Shaq burst onto the scene in a big way and immediately established himself as a force to be reckoned with—but I’m not talking about his performance on the court.

In 1993, the world was treated to Shaq Diesel, a rap album filled with some surprisingly hot tracks that actually managed to land on the charts.

Shaq would end up recording four studio albums before hanging up the microphone in 1998. However, a number of NBA players would carry on his legacy with music of their own with varying degrees of success, including The Artist Formerly Known As Ron Artest as well as Allen Iverson, who is about as bad at rapping as he is good at basketball.

It took more than 20 years but Shaq is back with a brand new track called “BANG” to fill a void in my life I didn’t know existed until today.

Before you hit play, you should know a couple of things. The first is that it is a bit of a departure from Shaq’s previous works—”BANG” is an EDM song that probably dropped five years too late. The second is that you’re going to want to listen to it with headphones on because Lil’ Jon says “fuck” a lot.

DJ Shaq is no Rapping Shaq but it’s still nice to have him back.