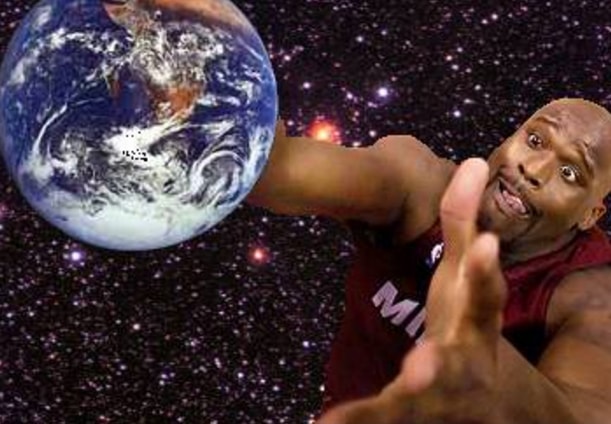 Shaq is just trolling us by saying the Earth is flat right? RIGHT? RIGHT?!?!?!

Shaq made the curious declaration on Feb. 27 during his podcast, “The Big Podcast with Shaq.”

“It’s true. The Earth is flat. The Earth is flat. Yes, it is. Listen, there are three ways to manipulate the mind — what you read, what you see and what you hear. In school, first thing they teach us is, ‘Oh, Columbus discovered America,’ but when he got there, there were some fair-skinned people with the long hair smoking on the peace pipes. So, what does that tell you? Columbus didn’t discover America. So, listen, I drive from coast to coast, and this s*** is flat to me. I’m just saying. I drive from Florida to California all the time, and it’s flat to me. I do not go up and down at a 360-degree angle, and all that stuff about gravity, have you looked outside Atlanta lately and seen all these buildings? You mean to tell me that China is under us? China is under us? It’s not. The world is flat.”

This is not a ringing endorsement for LSU.

The most bizarre themes of the 2016-17 NBA season is players saying they believe the Earth is flat. Besides Irving, Wilson Chandler of the Denver Nuggets and Draymond Green have declared that they are flat-Earthers.

Shouldn’t someone have fallen off the Earth by now?

And that is why Shaquille O’Neal made millions for putting a ball through a circle and not from a career in planetary science.