Awesome Twitter Thread Details Some Of Shaq’s Shrewdest Investments, Including Buying Into Google In 1999 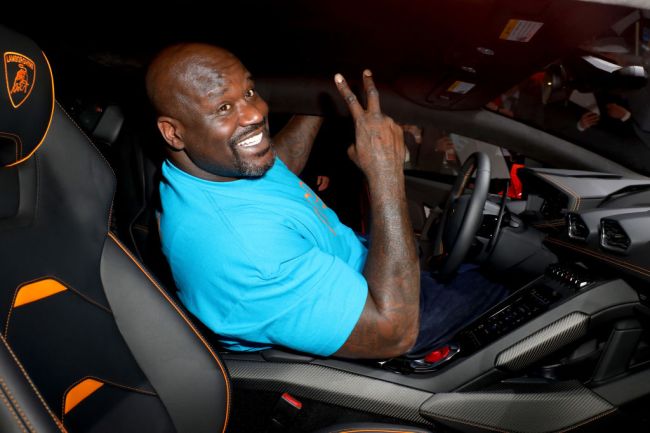 The frequency in which Shaquille O’Neal seems to pop up in random advertisements for various companies has become something of a meme in recent years, as the Hall of Fame center has been featured in ad campaigns for everything from IcyHot to The General auto insurance.

But as it turns out, Shaq’s financial portfolio is far from a laughing matter, as the legendary big man has a reported net worth of over $400 million, with a large portion of that money coming from his shrewd investment strategy.

Thanks to an awesome Twitter thread constructed by @nathanbaugh27, we now have a better idea of how exactly Shaq built up that massive net worth through a combination of “cash-flowing businesses and franchises to massive bets on tech & consumer goods”, which reportedly earns him an income of more than $30 million per year.

Shaq spent his first $1 million on 3 Mercedes Benz, jewelry, and a trip to Vegas.

Now he makes $30+ million each year from his investment portfolio.

As Baugh points out, Shaq is invested in a handful of “boring businesses” that produce cash flow for the Laker legend to reinvest in larger bets. These “boring businesses” include 150 car washes, 17 Auntie Anne’s Pretzels (which he sold), 40 24-hour fitness centers, a movie theatre, a Krispy Kreme, a Big Chicken, and 150 Papa Johns locations, which he eventually sold to start his own restaurant, Shaquille’s.

Using money from his “boring businesses”, Shaq was able to invest in the likes of Vitamin Water and Muscle Milk, which were sold for $4.2 billion and $450 million, respectively. While Shaq also has a stake in the Sacramento Kings and major sports betting partnerships with PointsBet and WynnBet, his most impressive investment, by far, is the money he put into Google’s Series A all the way back in 1999.

As he told Ellen on The Ellen Show some years that, that investment returned quite the pretty penny:

Today, Google (Alphabet) is worth 1.89 Trillion.

Shaq still has some of his shares. pic.twitter.com/Ehp4kTZSWB

So the next time you think about cracking a joke about Shaq’s commercial for The General auto insurance, remember that invested in Google before the new millennium.