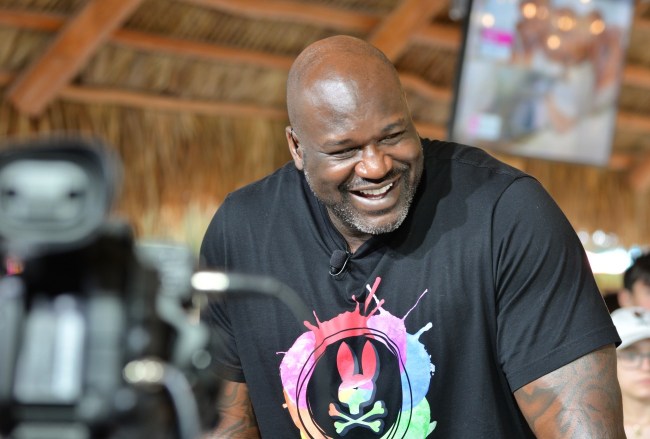 The NBA season is in full swing and the TNT Halftime Show is still as hilarious as it was when Shaquille O’Neal and the gang took over.

Things got extra funny on Tuesday night though when Shaq debuted a new haircut. However, it was a bit off.

NBA on TNT shows the clip of Shaq showing off his new do. He looks absolutely ridiculous with the hairline basically at the top of his head. After shouting out Stephen A. Smith, Candace Parker pointed out that his hairdo was crooked. Which made things that much more funny.

How can you not love Shaq and the TNT Halftime crew? There is always some sort of antics going on. On top of that, social media was quick to roast the haircut as well.

Shaq got that RoboCop hairline pic.twitter.com/iWIJ292iPA

What does Stephen A. Smith think of this?

All the greats have a receding hairline or are bald. Don’t double-check that math because it might not be accurate.

Shaq’s haircut looks like he went to KD and didn’t like it, so LeBron lined him up.

This show is just too funny!

Maybe Shaq will get the hairline straightened up for the next halftime show. If not, we’re sure Charles Barkely will have some words to share.