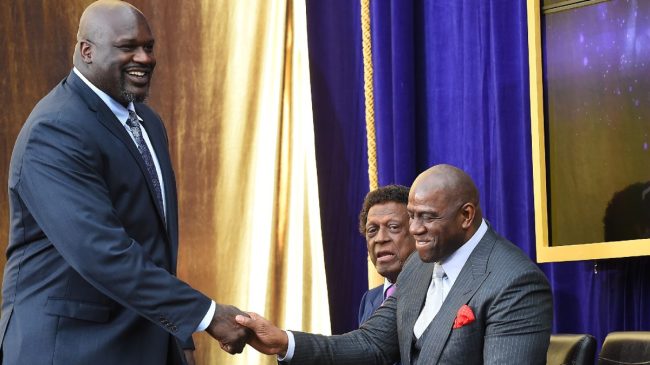 The Lakers are on the hunt for a new head coach this offseason.

After posting a disappointing 33-49 overall record, Los Angeles parted ways with Frank Vogel. The team entered the year as an NBA championship contender but missed the playoffs completely. They didn’t even get an opportunity in the play-in round after finishing 11th in the 15-team Western Conference.

It was certainly one of the more disappointing campaigns in recent memory.

While the results weren’t what the Lakers wanted in 2022, a decent core returns to Los Angeles next year. LeBron James should be back to lead the charge after posting more than 30 points a night. Players like Anthony Davis and Malik Monk should return, too, to give the next coaching staff something to build around.

Now, LA just needs to find out who the next head coach will be.

There are obviously options, and with the massive brand that the Lakers boast, they could have their pick of the litter. Doc Rivers has been mentioned, as have a number of current NBA coaches. LeBron James even chimed in on who he might like to see roaming the sidelines.

The search to land a coach will take time, but a new candidate has seemingly thrown his name in the hat.

Shaq Reveals How Much It Would Take To Coach The Lakers

Hall of Famer and former Los Angeles star Shaquille O’Neal has told the world just how much money it would take for him to be the Lakers’ next head coach. What a splash hire that would be.

Before we reveal that number, let’s back up a bit.

A few days ago, rapper Master P said that he wanted to be the next coach of the Lakers while bringing in Shaq as an assistant.

Master P tells TMZ Sports he wants to be the Lakers' next head coach … and he'll bring Shaq in as an assistant. https://t.co/gqpj66VsvF

That topic was brought up to the NBA legend while appearing on The Big Podcast. Shaq nixes the idea of being an assistant but does reveal what a contract would need to look like to lure him to LA.

That number? A four-year deal worth $25 million a season.

"If they offered me $25M a year for 4 years, I'd coach the Lakers." 👀@SHAQ ponders a coaching career on #TheBigPodcast: https://t.co/wpZ6zHYULF pic.twitter.com/SDrN1AbDlc

Adams then reminds him that he’d be Master P’s assistant in this scenario, to which Shaq rebuts, “They might have a conversation with Master P and they don’t pick him, now I’m just going to go in as a side meeting and say, ‘Hey, I know you didn’t want to consider my good friend Master P, but if you want me, this is the fee.”

That type of shady hiring drama would fit perfectly with the Lakers. They may not be willing to give Shaq that kind of dough, though.