Shaq Trolled The Hell Out Of Charles Barkley At A DJ Gig In Washington D.C. 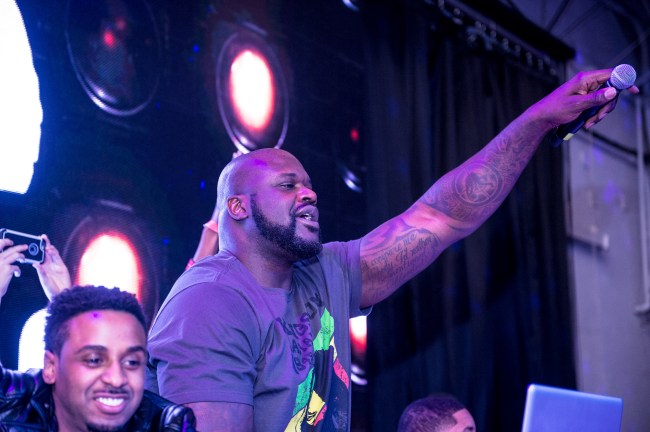 Shaq lives one of the most fascinating lives of any man alive. He’s been a mega-celebrity since the day he entered the NBA and there’s pretty much not a place on this planet Shaq can go without being recognized (maybe North Korea).

When Shaq isn’t appearing in films like Uncle Drew or The Lego Movie, or as a studio analyst on The NBA on TNT, you might be able to find Shaq up in the club. Not partying, but in the DJ booth. Shaq’s been performing under the name ‘DJ Diesel’ and last weekend he performed at Echostage in Washington D.C. where he trolled the shit out of Charles Barkley. At one point in the night, Shaq got the entire club to start chanting ‘Barkley Sucks’ and later he flashed ‘Barkley Has No Ring’ up on the wall of the club:

This isn’t the first time Shaq’s taken shots at a fellow NBA veteran. Remember when he grabbed the mic and freestyled ‘Kobe, tell me how my ass tastes’ a few years ago? Shaq certainly has a love of making a scene in the club. If you don’t remember that Shaq freestyle about Kobe you can check it out here: