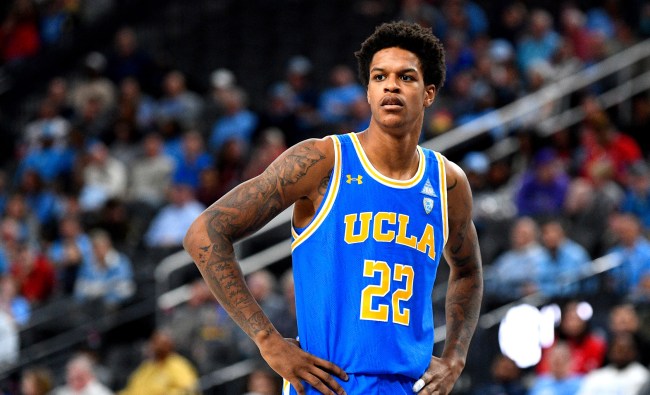 Just like you and I, basketball players are already starting to get a little stir crazy, which in turn appears to be making them a little more brave.

Earlier today we shared the story of how Miami Heat rookie Tyler Herro decided that the middle of a worlwide health crisis was the perfect time to shoot his shot at Instagram model, and former girlfriend of “hand sanitizer truther” Kyle Kuzma, Katya Elise Henry.

Incredibly, it appears as though Herro succeeded. So much for social distancing.

That wasn’t the only “activity” in the basketball world today, however. Shaquille O’Neal’s 20-year-old progeny Shareef O’Neal has also chosen this point in history to go all in, professing his adoration for 27-year-old singer and Ben Simmons’ ex-girlfriend Tinashe after watching her latest TikTok video.

Taking to Twitter, Shareef proceeded to lay it out right out with Tinashe, telling her, “I have a crush on you.”

Then, when the inevitable ribbing began from the Twitterverse, Shareef doubled down, writing, “Who doesn’t like Tinashe, she’s dope!”

Six hours later, Tinashe responded to Shareef with three heart emojis, which, and I could be wrong, means they’re officially dating now.

Needless to say, O’Neal’s followers on Twitter were duly impressed.

FrFr. That boy shot a helluva shot. Jordan turn around ain't have shit on him