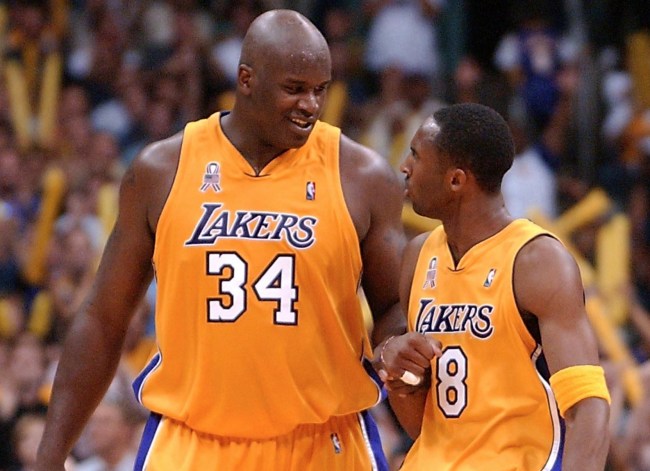 Playing alongside the great Kobe Bryant for eight seasons, Shaquille O’Neal sort of understands which current NBA players have similar traits on the floor as The Black Mamba. Sure, few people have the drive and tireless work ethic that Kobe had during his days on the L.A. Lakers, but, in terms of scoring ability and sheer offensive talent, there are actually a few out there.

As we all remember, Bryant’s biggest scoring outburst came against the Toronto Raptors in 2006, with the five-time NBA champ going completely mental by dropping 81 points. I remember the reaction like it was yesterday, with buddies stopping me on the campus at UK to tell me about how unbelievable the performance was. It was something most of us had never seen before, with only the great Wilt Chamberlain scoring more points in a game (100) than Bryant.

But just because 81 points seems nearly untouchable, doesn’t mean it actually is. Sure, we may never, ever see an NBA player come close to reaching (or surpassing) it in a single game, but Shaquille O’Neal listed five current guys who could at least make a run at doing so.

Appearing on “The Dan Patrick Show” on Monday, the Basketball Hall of Famer listed Kyrie Irving, Stephen Curry, James Harden, Kevin Durant and Devin Booker as the players with the potential to surpass Kobe’s 81, while also giving his reasons for why each could do so. Take a look below. (Editor’s Note: Begins at 8:24 mark)

Overall, some pretty solid choices here from Shaquille O’Neal, with Curry already dropping 62 in a game earlier this season, Irving having a career high 57 back in 2015, Durant being an offensive machine who can score at will, Booker already having a career high 70 on his resume from a 2017 contest, and, lastly, Harden, who is one of five players with four games or more of 60+ points.

Sure, there are other guys Shaq left off his list — with names like Damian Lillard, Bradley Beal, LeBron James and Luka Doncic coming to mind — but, hey, with only five choices, the big fellas seems to name all the right guys.

Now, just because the NBA players mentioned here have supreme ability, especially on the offensive end, doesn’t mean they can just score at will and surpass Kobe Bryant’s 81 point game. There’s obviously a reason why nobody has really come close to breaking that mark in the past 15 years, and why Chamberlain’s 100-point outburst seems untouchable — because scoring in the NBA isn’t easy. But with the skill some of these current guys have and the lack of defense, who knows, maybe we see something special one of these games that, once again, blows our minds.