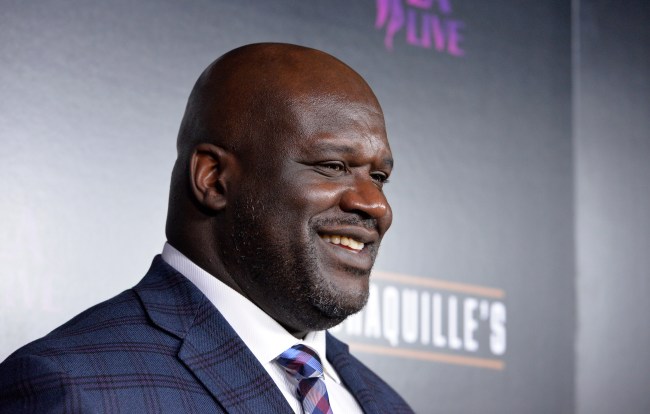 Shaquille O’Neal was one of the worst free-throw shooters in NBA history, finishing his iconic career with a paltry 52.7 percent from the charity stripe. In fact, the dude was so bad that the league had to change its rules, as teams began to “Hack-a-Shaq” to try and get him to the foul line more often, slowing down the game and taking possessions away from Shaq’s team. Needless to say, getting shooting advice from Shaq would be like getting cooking advice from someone who only make microwaveable dinners; not great.

However, apparently Danny Green of the Toronto Raptors figured he’d try anything to get his shot and confidence back in the NBA Finals by talking to Shaquille O’Neal before Game 3, with the big fella offering up some A+ advice to help him do so. Seriously, talking to reporters after his team’s NBA Finals victory, Green had this to say about the simple tip O’Neal gave him during warmups.

Calling Shaquille O’Neal a “pure shooter” is one of the best things I’ve ever heard. But, hey, Green’s just giving praise to Shaq for giving it to him straight, helping him restore his confidence; which is something all shooters need to have before launching from deep.

Shaq also chimed in about some of the things he told Green, saying that, while he wasn’t a great shooter himself, he did play with some of the best shooters in history, so he took some mental notes and delivered a similar message to the Raptors player.

“What I saw about Danny when I was in Cleveland, you know, the guy didn’t get a lot of playing time but he practiced hard. He battled against Boobie [Daniel] Gibson, LeBron James every day. I told him, I said ‘look, I played with a lot of shooters. And I’m not going to tell you how [to shoot] because I’ve never been a shooter, but I played with [Dennis] Scott, I played with guys… Jeff Turner. Every time they left it – just leave it up there. I’ve seen Stojakovic. I played with Rick Fox. Big Shot Bob [Robert Horry]. Every time they leave it, it goes in.

“I just brought him over here because I saw him messing around in the warmups. I said ‘hey man, this is the Finals. Leave it and stop [expletive] around. Get your game right.’”

Both Danny Green and Shaquille O’Neal played together on the Cleveland Cavs 10 years ago, so it’s cool to see the two of them maintain a relationship and keep that brotherhood going. Considering the shooting advice from O’Neal worked, too — on the biggest stage in basketball, no less — makes this even more cool.