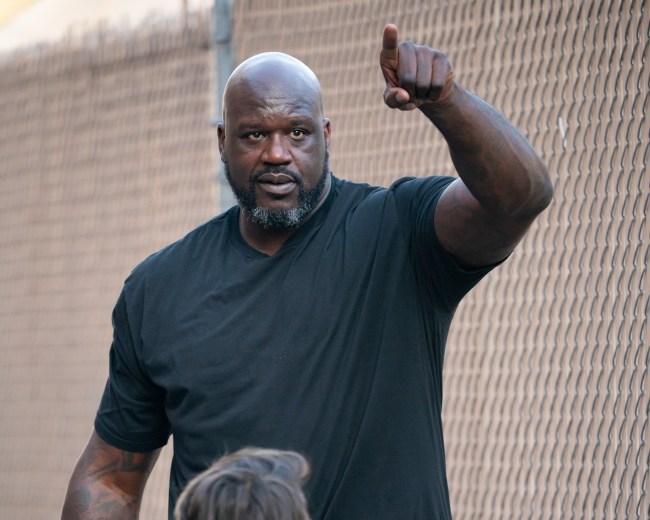 Shaquille O’Neal is, arguably, the most dominant force the NBA has ever seen. The big fella was a rare combination of size, power, agility and lots of strength, which helped him win four titles. And, while Shaq played with the likes of other superstars like Kobe Bryant and Dwyane Wade, when asked if he would join the Los Angeles Lakers or L.A. Clippers if still playing today — given the massive offseasons both  had in acquiring supreme talent — O’Neal shot down the opportunity for either.

Appearing on Jimmy Kimmel Live last night, Shaquille O’Neal gave a pretty solid reason as to why he’s avoid joining the Lakers or Clippers if given the chance as a player. Simply put, it’s because he didn’t want to join a superteam, but be the one who beat the superteam.

“Not one of those teams,” the four-time NBA champion replied. “I’m from the era where guys wanted to compete and beat each other. So I would … go on a team that needs a superstar, and I’d teach them guys how to beat the superteams.”

Pretty old school, if you ask me. And, personally, Shaq’s mindset should be what an all-time great should think, because it’s easy to team up with fellow superstars and All-Stars to try and win a title. But it’s legendary when you become the man who knocks the superstars from atop the mountain — similar to who Kawhi Leonard did in his epic championship run with the Toronto Raptors last season.

In addition to giving his take on the whole superteam trend, Shaquille O’Neal was also asked by Kimmel which L.A. team, the Lakers or Clippers, would have a better season next year, as well as why he thinks Kawhi Leonard opted to sign with the Clips over the Lakers or any other team. Here’s what O’Neal had to say.

“Listen, I gotta go with the Lakers,” O’Neal said. “However, L.A. has always been a very exciting city, but next year basketball in the city is going to be very exciting. … But I’m Lakers. Purple and Gold ’til I die.”

“Because Jerry West is the master,” he said. “… Jerry West knows how to read people, and he probably had a conversation with him (Leonard) and was probably just straight up with him.”

Although nobody knows for sure how this new L.A. rivalry will go down, it’s definitely a great time to be a hoops fan in the city, so here’s to hoping the hype surrounding both teams meets the expectations.