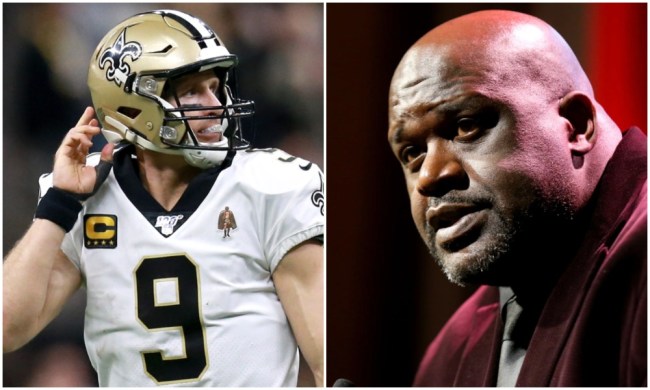 O’Neal mentioned that he was a part of the meeting during a special TNT broadcast last week, but didn’t get into specific details about what all was said. He did however speak about how the media is going to play a huge role in the situation and try to divide Brees and his New Orleans teammates. Shaq referenced the media doing just that with his relationship with Kobe Bryant.

On top of throwing a bit of a warning shot when it comes to the media, O’Neal stated that Brees’ teammates accepted his apology following his interview with Yahoo.

“They said, ‘Drew, we know your character. We know you stepped in some stuff that you can’t get out of, but guess what: We want you to do more positive things and less talking.’ And they all said we accept your apology,” O’Neal said.

Brees initially apologized about his ‘disrespecting the flag’ comments with a statement and photo on Instagram before releasing a video to social media addressing the situation. He later shot down President Trump’s tweets in which he defended the New Orleans quarterback stating ‘we can no longer use the flag to turn people away.’