Shaq Pranked Stephen A. Smith As A Dude Named ‘Tex Johnson’ To Try And Defend The Dallas Cowboys 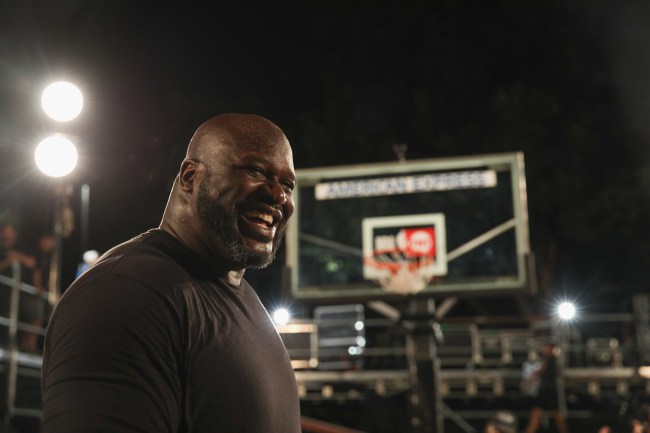 Shaquille O’Neal has long been one of the most entertaining athletes on the planet. During his playing days, the guy gave himself multiple nicknames like “The Big Aristotle” and once referred to an opponent, the Sacramento Kings, as the “Sacramento Queens.” It’s because of that big personality and humor that Shaq landed on TV, and has a blooper segment called Shaqtin’ A Fool where he can utilize some of his zingers on dumbass plays.

Well, Shaq found some time today to try and use that personality of his to pull a fast one on ESPN’s Stephen A. Smith, with the big fella calling into the ESPN personality’s radio show to try and defend the Dallas Cowboys — with whom Stephen A. has basically trolled ever since, well, birth, I’d imagine. Take a look at the clip from Shaquille O’Neal’s prank below.

Now, I don’t think for a second that this was just random, but, hey, it still made me laugh. The fact that Shaquille O’Neal tried to pass for some random ass dude named “Tex Johnson” is pretty funny, so, hey, if nothing else, it’s a little humor on a rainy Monday. Not sure if Shaq’s actually a Cowboys fan or not, but, hey, given the fact the team’s season just ended and there’s talk of head coach Jason Garrett getting canned, they could use all the fans they can get right now.

As for Stephen A. Smith, the dude’s a master at trolling, so whether it’s the Dallas Cowboys, LeBron James or something else in sports, he’s going to keep on keepin’ on and mock people. Hey, it’s just one of the reasons why we all find him entertaining (and annoying AF), right?