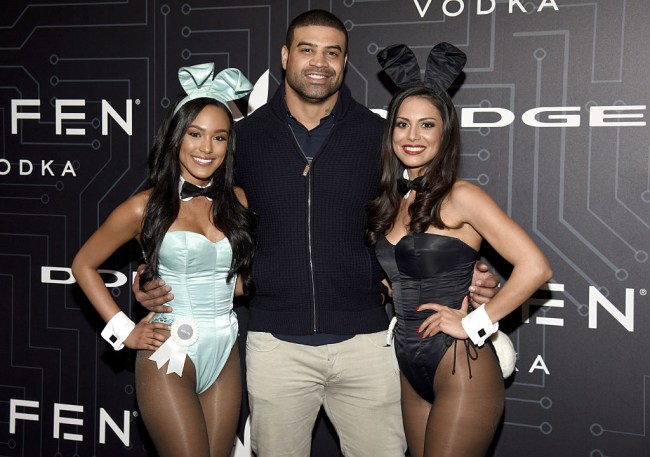 Troubling details about a 30-year-old woman dying are starting to emerge and former NFL player Shawne Merriman is being implicated in her tragic death. TMZ is reporting that the former NFL linebacker is being sued for the wrongful death of Kimberly Fattorini.

The story dates back to July 21, 2017, when friends of Fattorini found her unresponsive at a private residence in Hollywood, California. Fattorini, who worked for Playboy as a casting associate, was said to have died from an overdose of alcohol, cocaine and the club/date rape drug, GHB according to the Los Angeles County Medical Examiner.

Despite Kimberly’s death being officially ruled “accidental,” Fattorini’s parents, Deann and Ferdinand, have filed a wrongful death lawsuit against Merriman, a nightclub and others. The lawsuit alleges that Kimberly was drugged and possibly assaulted before her death.

Kimberly, who was also a model, was reportedly invited out to a nightclub by a promoter who was hosting an event on the night of July 20, 2017. Fattorini partied and danced with friends at the nightclub. Kimberly and her friends continued the party at the promoter’s house, where they reportedly used cocaine.

The Fattorini family believes that the former San Diego Chargers star gave Kimberly GHB. The legal team for the Fattorini’s reportedly have incriminating text messages that they believe support their case.

Legal documents allege that the promoter texted Merriman at some point and wrote: “Got 3 whores over,” with the implication that Shawne would be interested in one or two of the women at his house party. Allegedly, Merriman did arrive at the house party and witnesses claim that he was carrying a bottle full of an unidentified liquid.

Kimberly allegedly texted the promoter from inside the house and the message said: “you friend just poor’d half G in my drink.” Kimberly’s parents believe the “G” refers to GHB, a strong depressant often referred to as a “club drug” or “date rape” drug. Kimberly then sent several texts that made no sense, which her parents believe she was incredibly intoxicated or drugged.

The lawsuit claims that Kimberly, Shawne and a friend of hers then went to her friend’s house after the party. Around 3 PM, Kimberly’s friend found her unresponsive and called the authorities.

First responders reportedly found Kimberly “half-naked with her jeans unzipped and unbottoned.” The family alleges that Merriman was in the room when the friend called 911, but he reportedly made it clear to everyone that he didn’t want anyone to know that he was there.

Examiners did not test Kimberly’s body for a sexual assault after her death because police indicated that there was no foul play.

Merriman’s legal representative has responded to the accusations with a statement:

“As of right now Shawne, nor his attorney, have any knowledge of him being named in any lawsuit. This alleged lawsuit is baseless. Shawne attended an after-party more than two years ago where a young woman unfortunately overdosed. The police thoroughly investigated and found no wrongdoing whatsoever by Shawne. The fact that they are raising this now, two years after the fact, demonstrates the baseless nature of these allegations.”